TAMPA, Fla. - It is billed as a project that will transform part of west Tampa. The $300-million Rome Yard development will be mixed-use and mixed-income, and the city wants neighbors to weigh in on the plans.

It is 18 acres of vacant land west of the Hillsborough River, and the city of Tampa and its partners have big plans for the area.

"The Rome Yard project has been years in the making, and it is going to be a transformation for the west Tampa neighborhood, really impactful for our entire city," said Carole Post, administrator for development and economic opportunity for the city of Tampa.

Residents got their first up-close look at the plans Wednesday.

Rome Yard will have 954 affordable and market-rate apartments and townhouses, retail space, a workforce-training center, and recreational areas. Leaders say feedback is critical to the success of this $300-million project.

About 100 people came out to the forum, and everyone is getting a chance to ask questions and give their input.

"I love the area. I like the quiet serenity of it," west Tampa resident Theodore Floyd said.  "And I just don't want that part to change. I know growth has to happen. But I’d like you to stay just a neighborhood community." 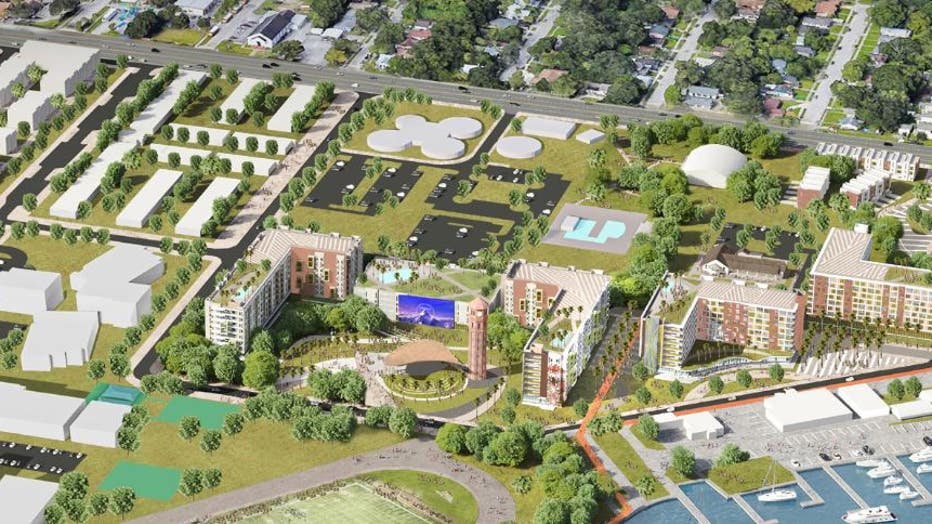 "The project is beautiful. It was a wonderful concept. I'm glad the community involvement is as part of the component and that we'll be able to see from the beginning," said Harriet McCray from west Tampa.

Rome Yard will take shape over the next six years. The development is designed to revitalize the area and be an economic driver from the start.

Officials have committed a minimum of $75-million in contracts for local minority-owned businesses.

"All of the construction that will be done here more than $300-million worth will be focused on giving job opportunities to our local diverse talent," Post said.

If you missed Wednesday night’s meeting, leaders say they hope to hold one or two more over the next six months.