Many agree speeding on Bayshore is out of control

TAMPA, Fla. - Courtney Jones and his 6-year-old daughter Juliet often take a walk on Bayshore Boulevard, but at times he says it feels more like a dangerous obstacle course.

“You’re walking along and you have to be distracted because you always have to pay attention to the people driving by,” he explained.

While Jones thinks installing cameras to catch speeders might be a good safety measure, Tampa native Tyler Johnston believes there is a better deterrent.

“What we have right now is a police officer clocking people, handing out tickets. For as much money as a city spends on keeping it nice , they can have someone out here all the time,” said Johnston.

But for Tampa resident Eric Dungy, he would like to see less rules and more personal responsibility.

“I think just awareness, looking both ways, not on your phone, or listening to music, not speeding. That’s all I can say,” offered Dungy.

In the past two years, this beautiful scenic street has turned, too often, into a crime scene. 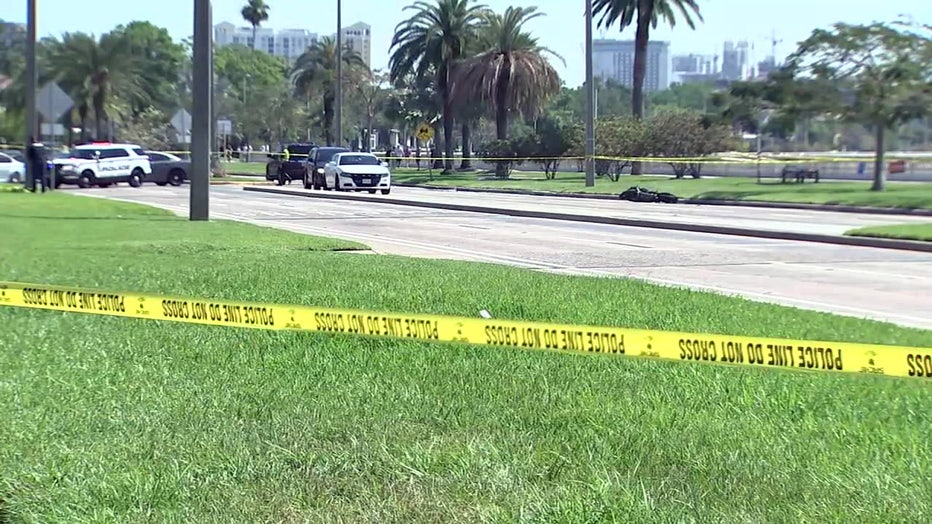 First, in May of 2018, a mother pushing her baby in a stroller were killed allegedly by teens racing on Bayshore.

Later a jogger was killed by a suspected drunk driver.

Earlier this month, a bicyclist using the crosswalk was killed by a speeding motorcyclist.

This week, Tampa City Council will be holding a virtual meeting on how to make Bayshore safer.

Vik Bhide, the city’s mobility director, says they are always monitoring traffic trends. He says right now during this pandemic, it’s down 40% to 60% and some are taking advantage of the open roads.

“The roads are empty and when the roadways are empty, drivers feel more comfortable going faster, which is a concern,” explained Bhide.

City officials will hold their virtual meeting on Thursday at 9 a.m. and hope to come up with some real solutions.