Timeline: How the civil rights movement unfolded throughout US history

Here's a timeline of the historical events of the civil rights movement that shaped the fight for social justice and against discrimination.

BIRMINGHAM, Ala. (AP) - A judge has approved a request to wipe clean the court record of a Black woman who was arrested for refusing to move to the back of a segregated Alabama bus in 1955, months before Rosa Parks gained international fame for doing the same.

A judge granted the request by Claudette Colvin, now 82, in a brief court order made public Thursday by a family representative.

Parks, a 42-year-old seamstress and activist with the NAACP, gained worldwide notice after refusing to give up her bus seat to a White man on Dec. 1, 1955. Her treatment led to the yearlong Montgomery Bus Boycott, which propelled the Rev. Martin Luther King Jr. into the national limelight and often is considered the start of the modern civil rights movement. 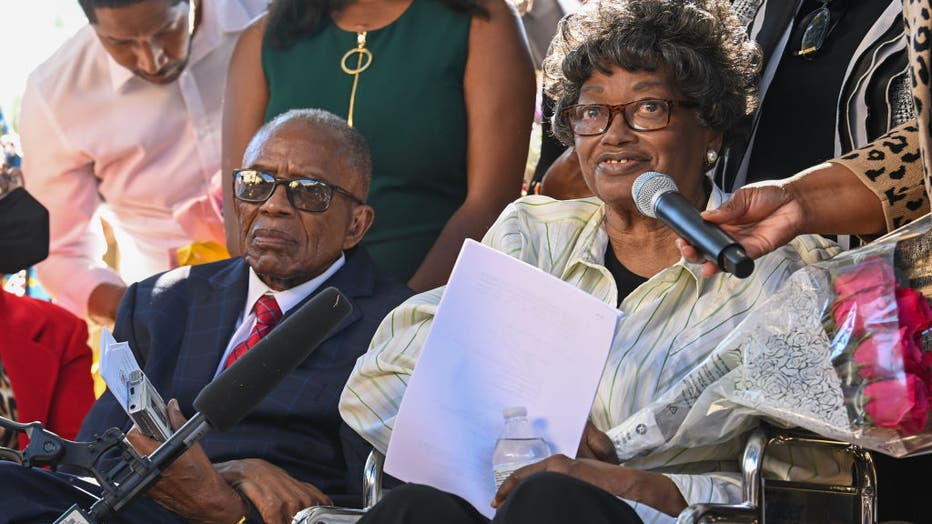 MONTGOMERY, AL - OCTOBER 26: Claudette Colvin, 82, speaks alongside Civil rights attorney Fred Gray, left, during a press conference at the Montgomery County Family Court on October 26, 2021, in Montgomery, Alabama, after petitioning for her juvenile

A 15-year-old high school student at the time, Colvin refused to shift seats on a segregated Montgomery bus even before Parks.

A bus driver called police on March 2, 1955, to complain that two Black girls were sitting near two White girls in violation of segregation laws. One of the Black girls moved toward the rear when asked, a police report said, but Colvin refused and was arrested.

The case was sent to juvenile court because of Colvin’s age, and records show a judge found her delinquent and placed her on probation "as a ward of the state pending good behavior." Colvin never got official word that she had completed probation through the ensuing decades, and relatives said they assumed police would arrest her for any reason they could.

At the time she asked a court in October to expunge her record, Colvin said she did not want to be considered a "juvenile delinquent" anymore.

Now that Juvenile Court Judge Calvin L. Williams has approved the request, Colvin said in a statement that she wants "us to move forward and be better."

"When I think about why I’m seeking to have my name cleared by the state, it is because I believe if that happened it would show the generation growing up now that progress is possible, and things do get better. It will inspire them to make the world better," she said.

Colvin never had any other arrests or legal scrapes, and she became a named plaintiff in the landmark lawsuit that outlawed racial segregation on Montgomery’s buses.