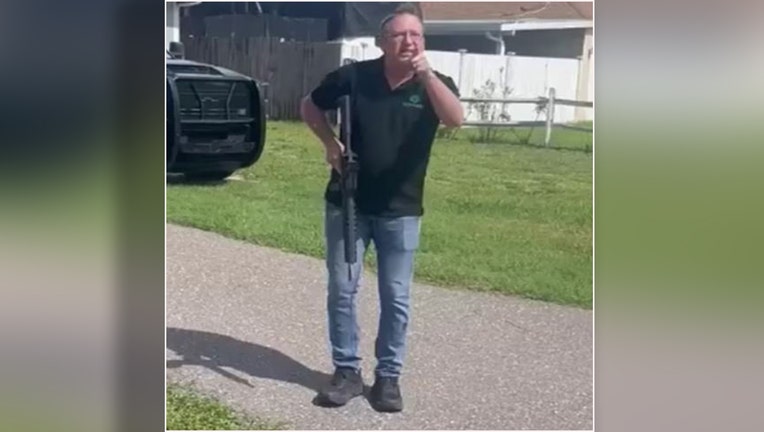 CLEARWATER, Fla. - Clearwater police arrested a man they say threatened a landscaper and his daughter with an assault rifle during a parking dispute in July.

According to police, David Berry, 44, got into an argument with a landscaper on July 7 because he said the man’s equipment was blocking his driveway.

The victim told police that during the argument Berry went to his truck, pulled out an assault rifle, pointed it at him and threatened to shoot him twice.

An arrest affidavit stated that the victim’s daughter captured some of the confrontation on camera and corroborated what her father told police. The affidavit adds that ‘there was a well-founded fear that such violence was imminent.’

"If the suspect had a problem with how someone was parking, he should have called the police and let us handle it," said Slaughter. "You don't arm yourself with an assault rifle and threaten someone over something so trivial."

On Friday, Berry was taken into custody and charged with aggravated assault, which is a third-degree felony.