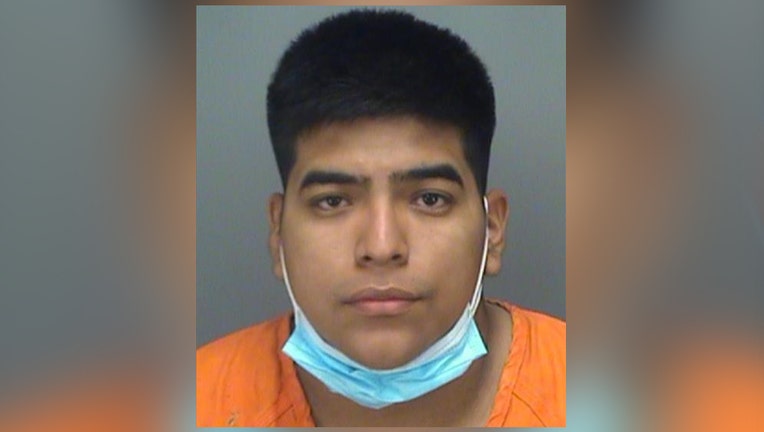 CLEARWATER, Fla. - Clearwater police arrested Ezequiel Mezquite, 20, for driving under the influence after a pedestrian was struck and seriously injured around midnight.

The crash occurred on Gulf-to-Bay Boulevard near Arcturas Avenue. Clearwater Police and Clearwater Fire & Rescue responded to the scene and found a 35-year-old Largo man had been struck by a car as he was trying to cross the street.

According to the Clearwater Police Department, Mezquite was driving a 2015 Toyota Camry westbound in the 1900 block of Gulf-to-Bay when he struck the victim, who was crossing outside of a crosswalk. Police said Mezquite showed signs of impairment and was charged with DUI and possession of marijuana.

The pedestrian was taken to Morton Plant Hospital as a trauma alert with potentially life-threatening injuries. He later was taken to Bayfront Health St. Petersburg.