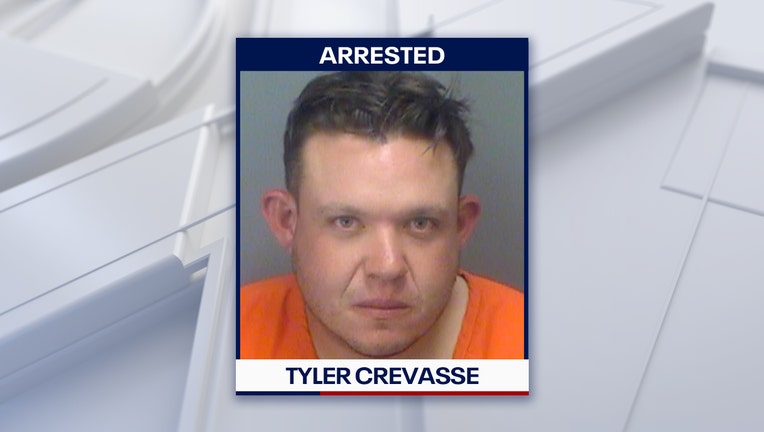 CLEARWATER, Fla. - A Clearwater man was arrested after admitting he buried his father's dog alive. When confronted by police, he laughed while describing the scenario, according to officers.

On Sunday, officers arrested 33-year-old Tyler Crevasse on charges of animal cruelty and domestic violence. Police said they arrived at a home on Barry Road to investigate a domestic battery report.

During that time, the responding officer said Crevasse admitted to killing his father's dog, an 18-year-old poodle-mix, named "Fuzzy." After the suspect's father confronted him, Crevasse struck his dad in the nose, twice.

According to his arrest affidavit, Crevasse explained to police that he killed Fuzzy two days prior to their arrival at the Clearwater home. He described wrapping the dog in a wet towel and burying it where another dog had already dug a hole about two feet into the ground.

"The defendant stated he buried the dog because the dog was old, and he thought it was already dying," police wrote in the affidavit. "The defendant kept laughing while he was making these statements."

The dog's body was found in the area where Crevasse described burying it.