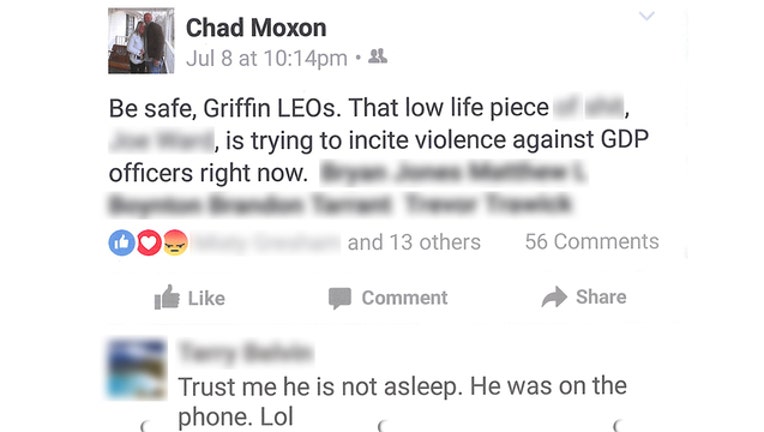 CLEARWATER (FOX 13) - The Clearwater Police Department said an officer resigned amid two investigations into his conduct, on and off the clock.

He told told investigators he was afraid for his life when the car drove at him, missing him by two feet, after he tried to initiate a traffic stop in the parking lot of Shephard's.

The department's internal investigation found Officer Wall "had opportunities to take cover away from the car and not place himself in a precarious position." Policy prohibits an officer from firing at a moving vehicle, "except as the ultimate measure of self-defense or defense of another person."

Another investigation focused on a social media post Wall made in regard to a Georgia man trying to organize a protest in the aftermath of police-involved shootings around the country. Leaders within the Clearwater Police Department found Wall's posts violated the department's on/off duty policy for conduct.

Two Georgia officers were fired for their comments, as well.

Officer Wall has been a police officer for two and a half years, but resigned August 3, the department said.

The Clearwater Police Department said Wall was found to have been in violation of policies regarding use and handling of weapons, use of force and use of firearms.