CLEARWATER, Fla. - Over the last 10 days, dozens of people have been charged with speeding, street racing and driving drunk in Clearwater. One drive across the Courtney Campbell Causeway almost turned deadly. Police are now reviewing a driver’s dash-cam that captured the violent rollover wreck in the eastbound lanes.

"Multiple witnesses had said this car was driving recklessly, dangerously, erratically, speeding along, darting in and out of traffic," said Rob Shaw, a spokesperson for the Clearwater Police Department.

The 21-year-old driver lost control and flip multiple times on May 23. In the video, you can see pieces of his car flying off. He remains in critical condition.

"How he didn’t you know collide with someone else, another car and hurt somebody else or kill somebody else is a miracle," Shaw said.

Investigators say the Alabama man was speeding and had a blood-alcohol level nearly three times the legal limit.

According to Clearwater police, crashes like this are on the rise in the city and they are concerned.

"We’ve noticed an uptick in the number of serious accidents both with death and serious injuries," said Shaw.

It is the reason officers have been saturating major roadways in the area. During "enhanced enforcement" last Thursday, police cited 33 drivers for speeding and made six arrests. five were charged with DUI and two for street racing.

PREVIOUS: Drivers arrested for hitting speeds of 71 and 86 through Clearwater, police say

"We had drivers that were easily doing twice the speed limit on major thoroughfares such as Gulf to Bay and Drew Street," Shaw said.  "It’s a recipe for disaster."

Over the holiday weekend, officers were also out in force, this time making 26 DUI arrests and charging four people for street racing. 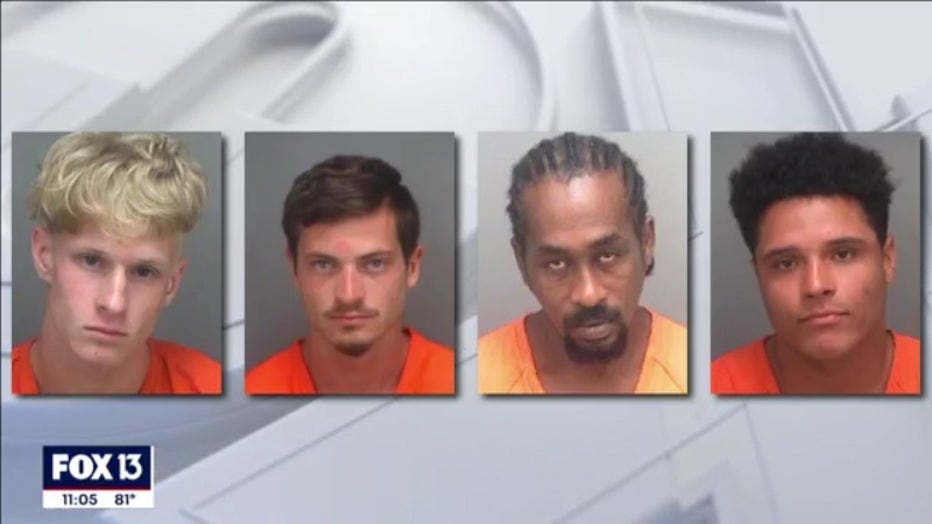 "We had two cars that were racing one another on Missouri Avenue. They were doing 90 in a 45," explained Shaw.  "We had another car that was trying to egg on other cars to race him; he was doing more than 100 on Memorial Causeway. And I don’t care what road you’re on, these are not racetracks."

Clearwater police hope the stepped-up patrols and enforcement will make people think twice behind the wheel and reduce the number of crashes.