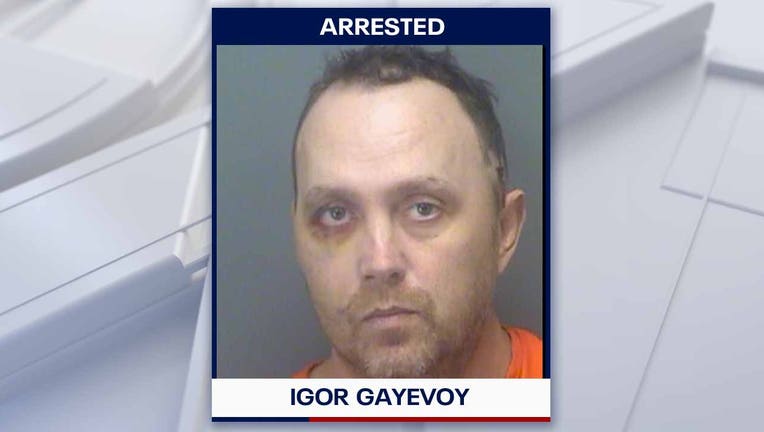 CLEARWATER, Fla. - An intoxicated man from New York was behind the wheel when he crashed into another vehicle, a concrete wall, a palm tree, electric wires, and a utility pole. According to Clearwater police, he had a blood-alcohol level of 0.371.

The crash that occurred on November 22 resulted in a complete shutdown of Gulf-to-Bay Boulevard during the afternoon rush hour. Clearwater police identified him as 43-year-old Igor Gayevoy over the weekend. 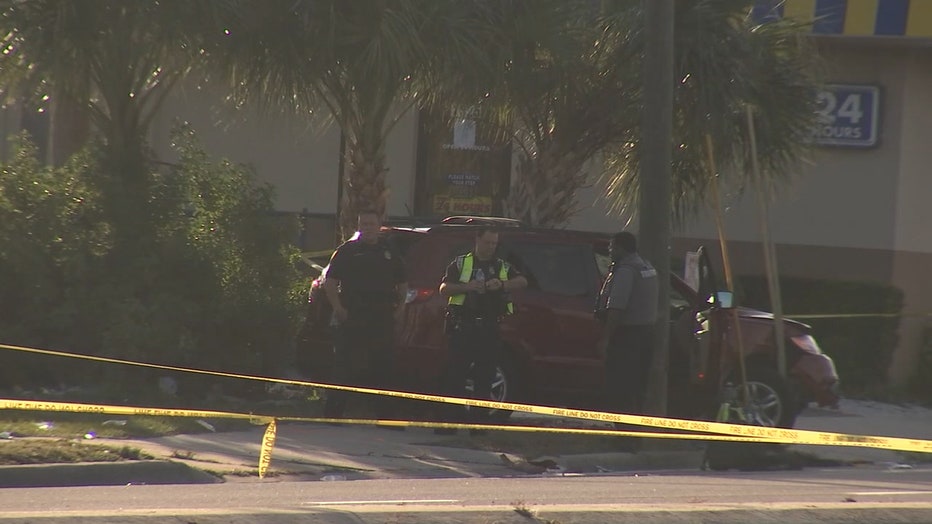 According to his arrest affidavit, Gayevoy – who has a New York address – was traveling east on State Road 60. Around 3 p.m., he made a sudden U-turn over an "unprotected median" in the 1800 block, reported a witness.

Then, he drove into a private parking lot, where he struck a vehicle and a concrete wall, according to police.

Gayevoy accelerated and his vehicle caught the guidewires of a Duke Energy utility pole – snapping it in half, police said. The vehicle continued traveling through an empty grass lot before hitting a palm tree and another utility pole. 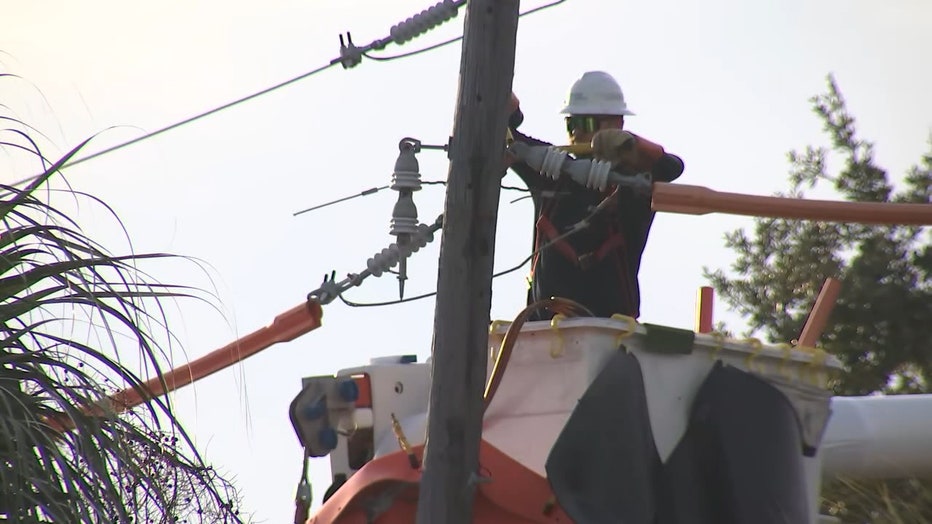 Repairs being done to the Duke Energy utility pole on Monday, Nov. 22.

When Clearwater paramedics arrived, they said Gayevoy appeared to have life-threatening injuries and was taken to Bayfront Medical Center. Officials said alcohol was a factor in the crash.

The officer who provided the narrative in the suspect’s affidavit said a nurse exited Gayevoy’s hospital room in the trauma center and told a physician that he had a blood-alcohol level of 0.371. The legal limit in Florida is 0.08.

Gayevoy was arrested on November 26 and bonded out the following day. He faces charges of leaving the scene of a crash involving injury, reckless driving, and DUI.