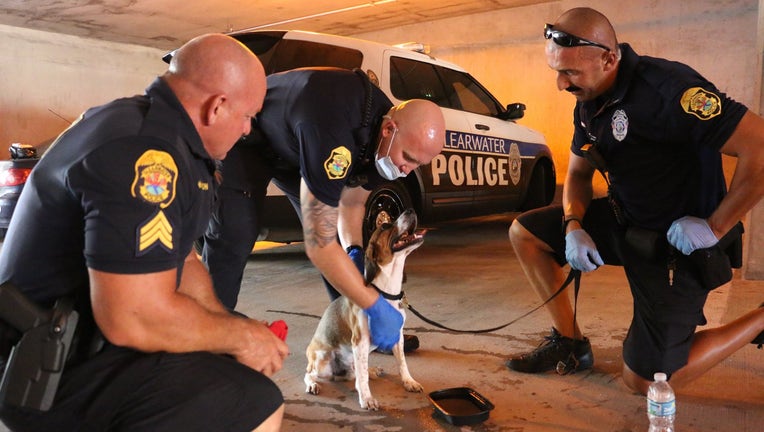 CLEARWATER, Fla. - Officers came to the rescue of a dog locked in a hot car at a Clearwater Beach parking garage on Tuesday.

Police say officers responded to the scene after employees from the Holiday Inn reported barking and howling from one of the vehicles.

Police gave the animal water and dabbed water on its head to try to cool the pup down.

When Pinellas County Animal Control arrived 10 to 15 minutes later, the temperature inside the car was still 94.6 degrees.

"It's safe to say the temperature inside the vehicle while the dog was still in it was well over 100 degrees," Clearwater police said.

According to the department, the case has been referred to the Pinellas-Pasco State Attorney's Office for prosecution.