CLEARWATER, Fla. - The city of Clearwater wants to give its residents a break at the parking meter, launching a new discount program through the ParkMobile app.

The program began October 1, and it gives 50% off parking fees anywhere in the city, but only for people who live in incorporated Clearwater city limits.

"I think it’d be beneficial to everybody. I think once word got out it would be a huge help to people. You always hear of parking [issues]," said Jill Kiffmeyer, a Clearwater resident who works downtown.

"It was the residents that were really complaining that ‘Hey it’s too expensive for us. We can’t afford to enjoy this beautiful beach that’s right here that everyone wants to go to. You’ve priced us out. What can you do?’ So it’s worth it. It’s worthwhile for the residents to kind of give back in that way," said Alleshouse. 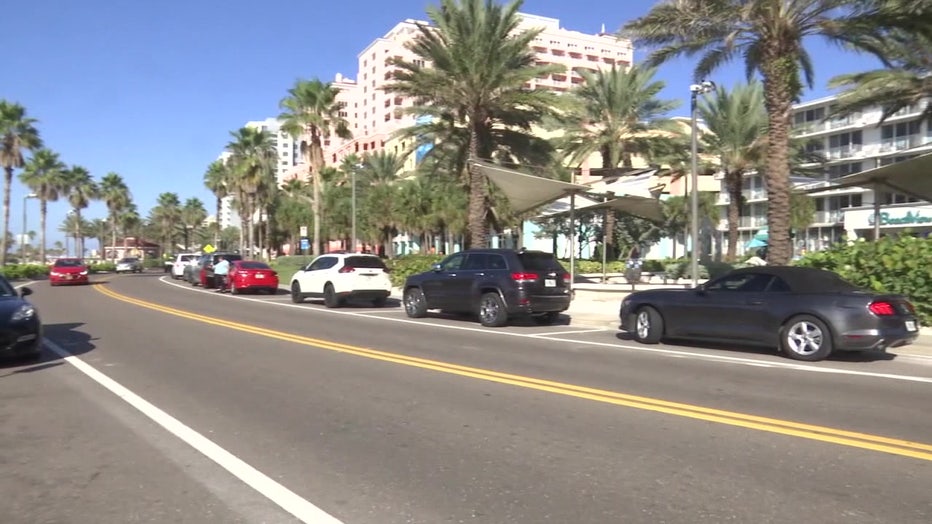 Clearwater residents now get half off parking

Residents can register through the city’s website, where they will upload proof of residency along with their driver’s license and vehicle registration. Then they'll start saving the next time they pull up to park, including in downtown Clearwater and Clearwater Beach.

Tourists account for a lot of traffic at Clearwater Beach, but locals can now save on a visit.

"It all depends on usage. Of course the longer you stay, the more you spend. But instead of the beach rate, a lot on the beach at $3 an hour, it’s now $1.50 an hour," said Alleshouse.

"I love it. I love it in general and particularly for the vibrancy of our downtown," said LaPlume. "People go where they’re invited and they stay where they’re appreciated."

City officials said it's free to sign up and the program is here to stay. Alleshouse said residents who want to use the discount program will have to resubmit their proof of residency every year.