Clearwater has plans to rebrand its downtown following the coronavirus pandemic.

CLEARWATER, Fla. - What started as a temporary change to help downtown Clearwater businesses during the pandemic will now last through the rest of the year, city officials announced Wednesday, and will be branded as, "The District."

When the pandemic hit, businesses across the region and U.S. shut down. Eventually, restaurants were allowed to reopen at full-capacity outdoors, and they scrambled to create outside seating.

Municipalities, such as Tampa and St. Petersburg, closed down streets for restaurants to add more table and chairs outside to get more business. The same was done for the 400 to 600 blocks of Cleveland Street in downtown Clearwater. 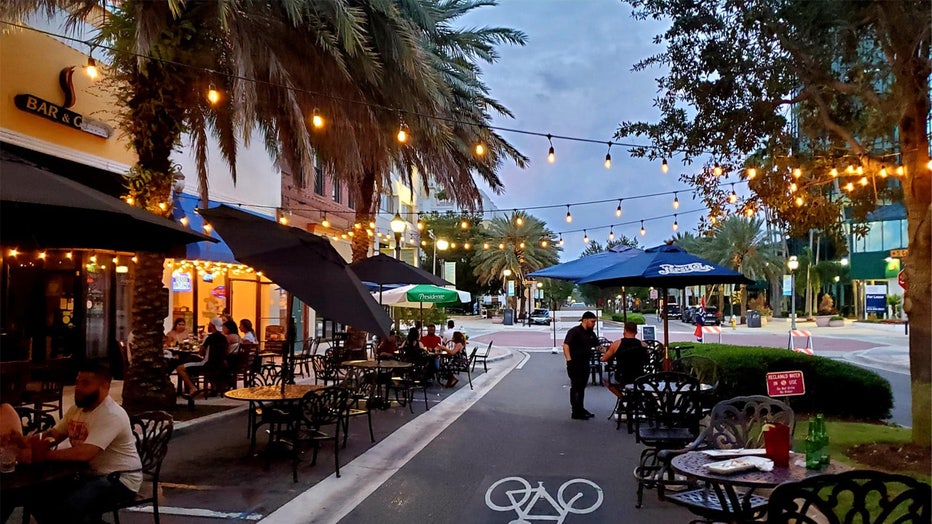 When city officials announced the move, it was meant to last until the end of May -- at first. It's been such a success that they extended the closure through the rest of the year. People have since come down for live music, to shop, to eat and to enjoy the waterfront view.

"it just creates a really great vibe," said Mayor Frank HIbbard. "We have new restaurants that are opening during this pandemic. That's a great sign."

Meanwhile, there are some businesses owners pushing to make The District a permanent fixture.

"I am in support of moving to permanency but we have to work some things out as far as stormwater," Hibbard explained. "We have to be able to get emergency vehicles in here. So there are things that you have to get done before making it permanent."

Clearwater businesses hope ‘The District’ will be permanent

In downtown Clearwater, city officials announced a new designated area called 'The District,' which is the part of Cleveland Street that closed during the pandemic to allow for pedestrians to roam and restaurants to expand their outdoor seating area.

City officials wanted to make the little strip through downtown a place for people to come, eat and have entertainment in the open air, and spread out during the pandemic -- and evem after.

They hope it will create a destination for visitors, and boost business along this stretch of Cleveland Street..