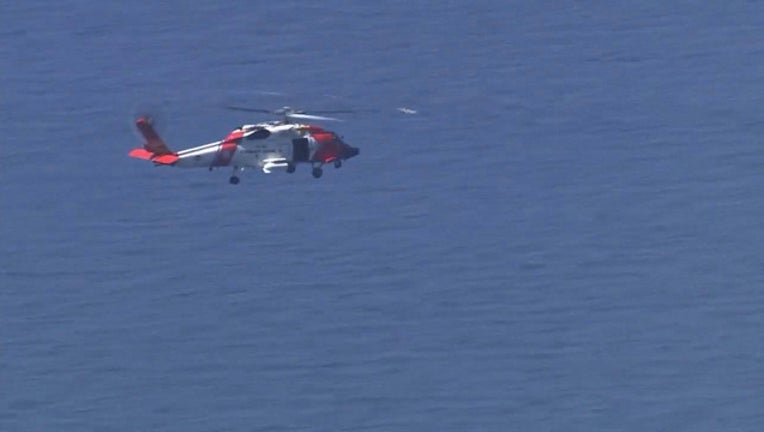 A distress call came in at 12:17 p.m. from one of the boaters saying the boat was sinking. Two minutes later, the boaters' personal locator beacon alert system went off.

Crews were able to find the boaters and found them clinging onto their 24 foot boat. All of them were wearing life jackets. The Coast Guard hoisted them up to safety and no one was hurt.

“These boaters are an excellent example of the importance of having emergency safety gear; by activating their personal position-indicating radio beacon, that alert gave rescuers a pin-point location of their distress,” Schwalbenberg said.