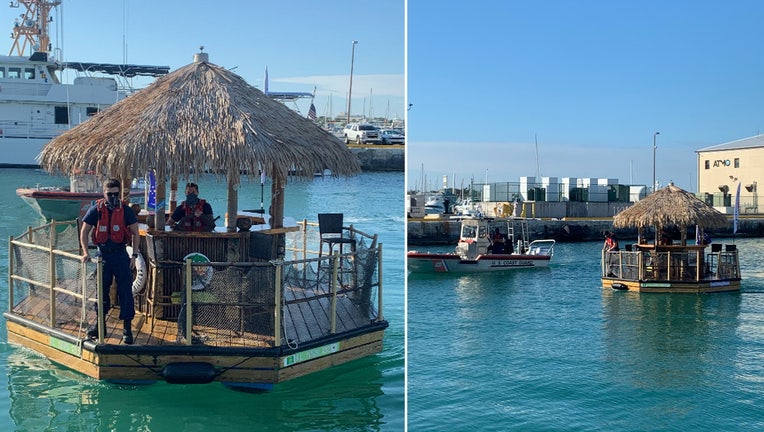 According to the US Coast Guard, crews from their Key West station recovered a reportedly stolen boat that doubles as a tiki hut bar.

The boat was found near Hawk's Channel off the coast of the Keys.

The Coast Guard said the person aboard showed signs of intoxication and was taken into custody by Florida Fish and Wildlife Conservation Commission officers.