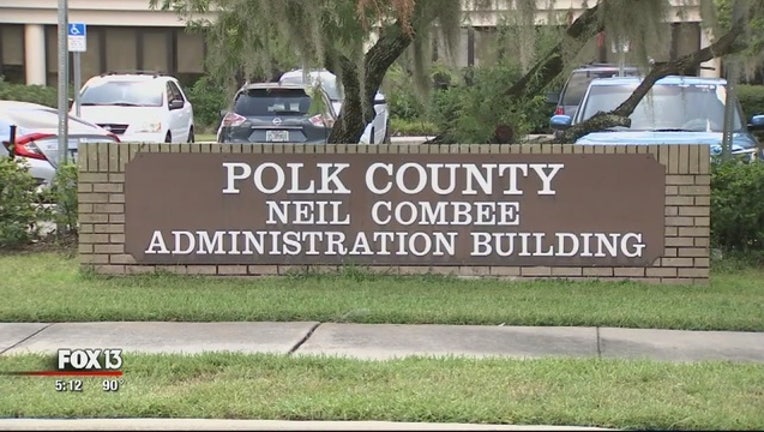 BARTOW (FOX 13) - Change is coming to a government building in Bartow, whether people like it or not.

Despite protests, Polk County commissioners decided to move ahead with a controversial name change for the Polk County Neil Combee Administration Building.

Neil Combee's name will be removed from the title, making the sign out front read Polk County Administration Building.

Some say the name change is pure politics.

Tuesday, Combee supporters, including some well-known members of the community, showed up at a commission meeting to protest the change.

“This appears to be a move of political revenge on one of Polk’s favorite sons,” said former Lakeland and Polk County Commissioner Don Gifford.

“The conduct you are engaging in, and forgive me for using this language, but it appears petty and it is beneath you,” said former State Attorney Jerry Hill.

“I believe that you are letting your anger over past differences cloud your judgment,” said Barbara Blasingame, a citizen.

Combee supporters say the change stems from when he was in the Florida legislature and voted to raise the homestead exemption, a move that the Polk County Commission opposed.

“This has nothing to do with that,” said Commissioner John Hall.

Commissioners have said the current name is confusing to people and it’s unusual to name a building after a person while they are still alive.