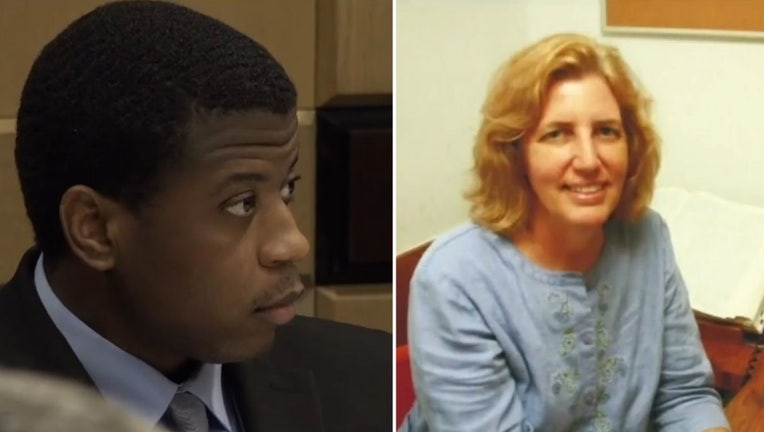 FORT LAUDERDALE, Fla. - A South Florida judge declared a mistrial in a murder case on Wednesday after the jury delivered a verdict of manslaughter, only to have its decision collapse when a juror told the court she didn't agree.

The Broward County jury had been ordered to return to the jury room on Wednesday to try to agree on the fate of Dayonte Resiles, who is accused of killing Jill Halliburton Su in 2014. But shortly before noon, they sent a note from the jury room saying they remained deadlocked.

Broward Circuit Judge John J. Murphy then shook their hands, thanked them for their service and said a new jury would be picked for a retrial in January.

Dayonte Resiles, 27, remains charged with first-degree murder and manslaughter in the killing of Jill Halliburton Su, who was bound at her hands and feet, forced into a bathtub and stabbed about 25 times during a burglary of her Fort Lauderdale home on Sept. 8, 2014.

Prosecutors said Su interrupted Resiles as he was burglarizing her home near Fort Lauderdale on Sept. 8, 2014. Evidence showed the 59-year-old woman was bound at the hands and feet, forced into a bathtub and stabbed about 25 times, according to court testimony.

Resiles pleaded not guilty. While DNA evidence placed Resiles at the scene, defense lawyers questioned whether the genetic evidence had been contaminated.

Jurors had to decide between innocence, manslaughter carrying a maximum sentence of 30 years, or a murder conviction that could result in Resiles getting the death penalty, the South Florida Sun-Sentinel reported.

On Tuesday evening, they delivered a verdict of manslaughter. As is typical in a trial, the jurors were polled to say whether they agreed with the decision that was reached in the jury room. When the first juror was asked that question, she emphatically answered, "No," WSVN reported.

Her response left the victim's husband, Nan Yao Su, and her family and friends in shock.

Resiles also faces criminal charges from a 2016 escape attempt. Resiles unlocked his shackles and fled from a hearing at the courthouse, resulting in a six-day manhunt. After he was recaptured, he wrote the court insisting he fled because he is innocent, the newspaper reported.