NEW PORT RICHEY, Fla. - Eight days after a Largo woman went missing, Pasco County deputies found her body Tuesday in a wooded area behind her boyfriend’s house where she was last seen.

The sheriff’s office said the woman, Kathleen Moore, was a domestic violence victim. Her boyfriend, Collin Knapp, is charged with second-degree murder, accused of killing Moore. She was originally reported missing on November 29 after friends and family said she did not show up for work or school.

"So I think for somebody who is experiencing some of these things and doesn’t really know or understand if it is domestic violence to call your local certified center and talk it out," said Lariana Forsythe, the CEO of Community Action Stops Abuse in Pinellas County. 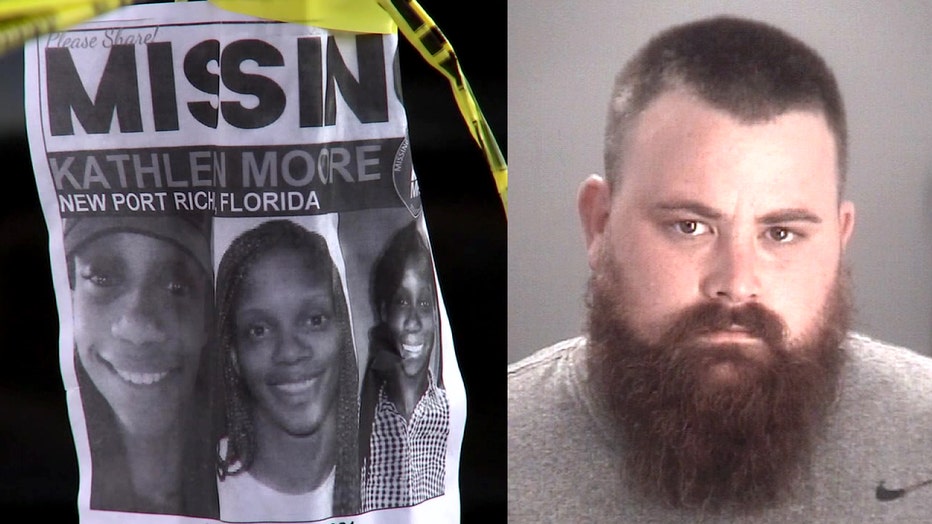 Forsythe said there are indicators that domestic violence may escalate into a deadly situation, and victim advocates talk with survivors about their experiences to access their current level of safety.

"Some of those things is that abuse escalating over time in severity or the types of abuse," she explained. "Has there been a recent separation? Has the victim ever been strangled by their partner? Is there a firearm in the home?"

Some of Moore’s friends, like Noelle Custodio, said they hope other victims will listen to the message about domestic violence awareness from officials.

"If you’re in a relationship like that, and you need help, just get out, get help. Let this teach you something, you know, get out now," said Custodio.

When domestic violence happens, there are resources for victims -- but sometimes, those resources are scattered in different places. In Pinellas County, all those services will be under one roof, thanks to CASA. Officials said they wanted to simplify a complicated system for survivors.

Pasco County Sheriff Chris Nocco said deputies got a call from someone around 11:30 a.m. Tuesday that they smelled decomposition in the woods behind Carmel Avenue in New Port Richey. They ended up finding the body of Moore. Knapp’s home was nearby.

"We were kind of holding out hope, but now, well it is closure," Custodio said. "Now, she can come home, and we can do what we need to do."

Knapp in court as girlfriend's body found near his home

Pasco detectives said they were able to positively identify Moore through tattoos.

"She was about 50 yards northeast of Collin Knapp’s home, and so this was a heavy brush area. She was actually covered," Sheriff Nocco explained. "You can almost describe she was definitely covered on purpose."

A Pasco County court complaint said detectives found bedding with a "significant amount of blood on it." The sheriff said Knapp tried to get rid of evidence in a restaurant dumpster at his job at Harold Seltzer’s Steakhouse in Port Richey.

"There was a lot of evidence found in those dumpsters," the sheriff said, "and when that was found, there were 14 additional industrial-sized dumpsters that went out there that our detectives combed through."

Now, the focus turns to saying goodbye to Moore and getting justice for her.

"(She was the) life of the party," Custodio recalled. "Great smile, she was there for everybody. Whenever you needed her she was there didn’t matter what time of day. We loved her, we still do. We’re going to keep her memory alive."