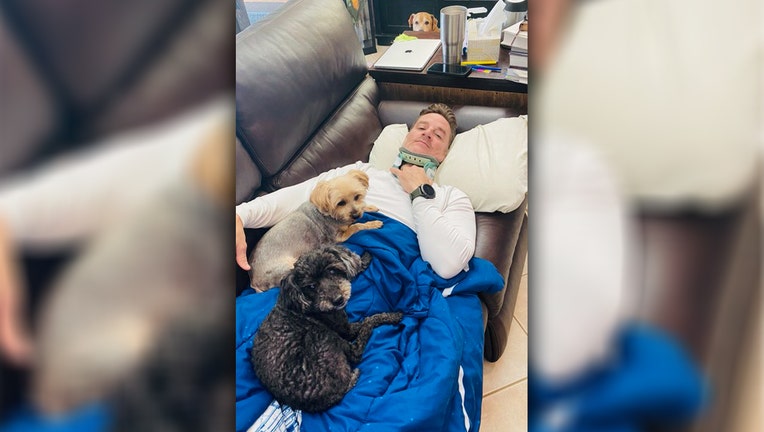 SARASOTA, Fla. - Congressman Greg Steube is on the road to recovery after falling 25 feet from a tree at his Sarasota property last week.

Steube said in a statement on Twitter that he has a fractured pelvis, punctured lung and several torn ligaments in his neck. The congressman is now at home recovering after he said he was discharged from the hospital Monday.

"All praise and glory goes to God! Jen and I remain endlessly blessed by the prayers and support from our friends, family, and community," Steube said in the statement.

The congressman was cutting tree limbs when he fell at his Sarasota property. He spent the night in the ICU and had "several serious injuries."

A delivery driver happened to see the fall and called 911 for help.

A delivery driver happened to see Florida Representative Greg Steube fall 20 feet out of a tree, so he called 911 and waited for help.

He said he will be recovering in Sarasota for several weeks and plans to carry out as many of his congressional duties as possible. The congressman said his DC and district staff continue to be available for Floridians in District 17.

"I’m eager to rejoin my colleagues in Washington as soon as possible!" Steube said.

Congressman Steube currently serves in Florida's 17th district, which covers Sarasota County. Steube was first elected to the House of Representatives in 2018 and just began his third term.