Florida redistricting battles lie ahead in 2021

TAMPA, Fla. - Voters are supposed to pick the politicians. But politicians figured out how to stay in office by picking their voters.

They can draw their districts to include their known supporters, and exclude their opponents -- effectively stacking the deck in their favor.

Florida voters passed a ‘fair districts’ amendment to try to change that. But many, like former U.S. Attorney General Eric Holder, say it’s not working.

"Florida is still a gerrymandered state," he continued. "It is still a state where the lines are not drawn in a fair way. My hope would be in this next round of redistricting that occurs in 2021, that people will pay attention, and that the lines can be drawn in a way that doesn’t favor republicans and doesn’t favor Democrats."

That goes back more than 200 years to a man named Elbridge Gerry. To reward his party, he signed a law to redraw the political districts of Massachusetts. And one was so rigged and squirmy, critics said it looked like a salamander, and mockingly called it a gerrymander. 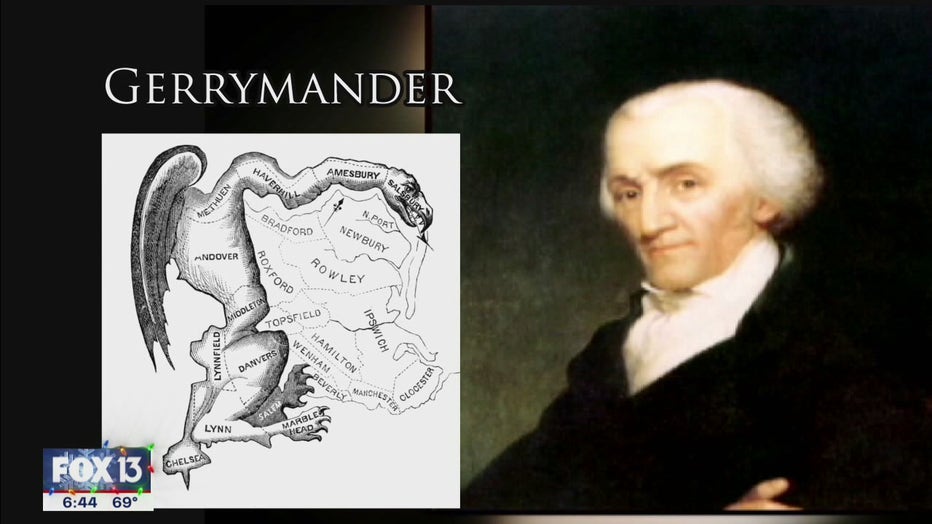 Elbridge Gerry signed a law to redraw the political districts of Massachusetts, and so gerrymandering was born.

Both parties have escalated the gerrymandering of districts over the past 20 years as we polarized as a nation.

As we moved through the Clinton sex scandal, and Bush’s unpopular war in Iraq, both parties lost one of their wings and pulled harder to the right and harder to the left. As that happened, each party began to dominate different regions of the country, which gave them more power to draw their states' election maps and manipulate Congressional districts to their advantage.

"Now what has changed in the last 20 years is the gerrymandering of congressional districts so you have a predetermined outcome before the November election," former U.S. Sen. Bill Nelson offered. "You know who is going to win."

Former Republican congressman David Jolly, who now has no party affiliation, talked about how polarization accelerated Gerrymandering, which accelerates the polarization and hostility in politics:

"It is, in part, because we have a closed primary system and gerrymandered districts to protect incumbents on Republican and Democratic sides, which for 20 years has led Republicans and Democrats to realize their path to getting re-elected is to cater only to their base and talk down to the other side, because otherwise, they'll be ‘primaried’ for not being a good enough Republican or Democrat."

Which brings us to the next round of battle in the legislature. Every 10 years, the legislature updates the maps for the state’s legislative and congressional districts, and the map is now scheduled to be redrawn yet again.