GIBSONTON, Fla. - A convicted felon from Gibsonton, who was arrested again for voter fraud in August, is hopeful his case will be dismissed after a judge in Miami tossed another voter fraud case Friday.

Nathan Hart was among the 20 convicted felons rounded up August 18 by Gov. Ron DeSantis' elections police force. Since then, however, nearly all of those arrested, including Hart, said they were told they could register to vote and given voter identification cards.

Hart said he was at the DMV getting his driver's license in 2020 and was asked if he was registered to vote.

"I said, 'not registered, I'm a convict. I can't vote.' He goes, 'Well, are you done with your probation?' I said, 'Yeah, it ended a few months ago.' He says, ‘Well, in that case you can vote, because you have this law passed," Hart explained, referring to the constitutional amendment voters passed in 2018 restoring voting rights to felons. "He said ’if you're not able to vote for some reason, then they'll just simply not send you a card. If they do send you a card, that means you're approved and so you're good to go.' So a month later, I got the card."

While Amendment 4 restored voting rights to most felons, it excluded people convicted of murder and felony sex offenses.

Hart, who was convicted of a felony sex offense in 2004, said he was stunned when authorities arrived at his home.

"It just kind of reminded me that I'm like one of the easiest targets out there," he told FOX 13. "[Gov. DeSantis] probably figured, even if there were a few people who got upset, since we were like the dregs of society, that no one will really care all that much."

The Tampa Police Department and the Hillsborough County Sheriff's Office released body camera video this week of the voter fraud arrests they made. 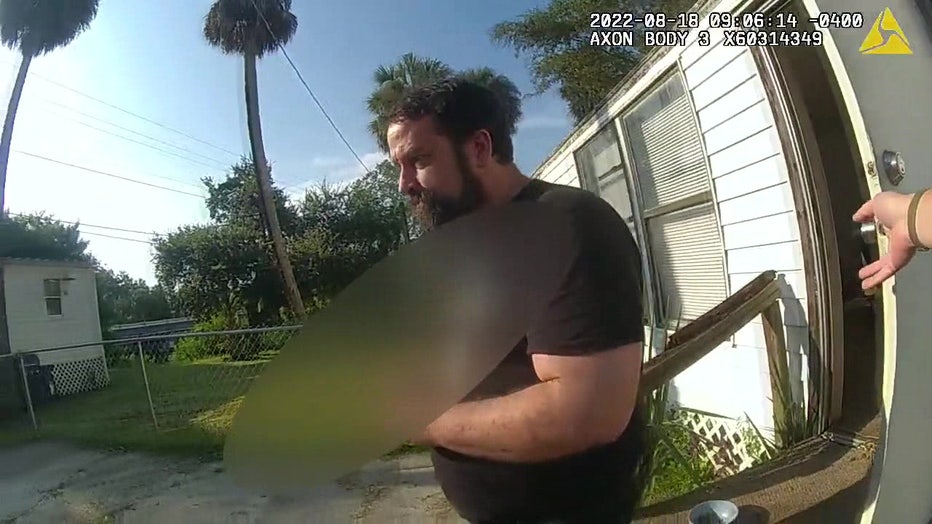 During a news conference hours after the roundup, the governor touted the crackdown as a way to make elections safer and more secure.

"Before we proposed this, there were examples of this seeming to fall through the cracks. So this is the opening salvo," he said at the time.

The "opening salvo" took a hit Friday, when a Florida judge dismissed the first of these voter fraud cases to go to court, telling the state it doesn't have the jurisdiction to prosecute the case. It's unclear if the state will appeal.

Neil Volz, the deputy director of the Florida Rights Restoration Coalition, called the ruling a victory.

"I was very emotional when I heard about the ruling," said Volz, adding he believes lawmakers should be more focused on fixing the registration system. "I think it shows the human face of a broken system, a system that we know where it's broken. It's broken on the front end of the process where the voter verification takes place."

Hart said the ruling gave him some hope.

"I'm hoping when we go in front of the judge that in November, that it'll just get tossed out at that point," he said.

FOX 13 reached out to the governor's office for comment multiple times this week but did not hear back.