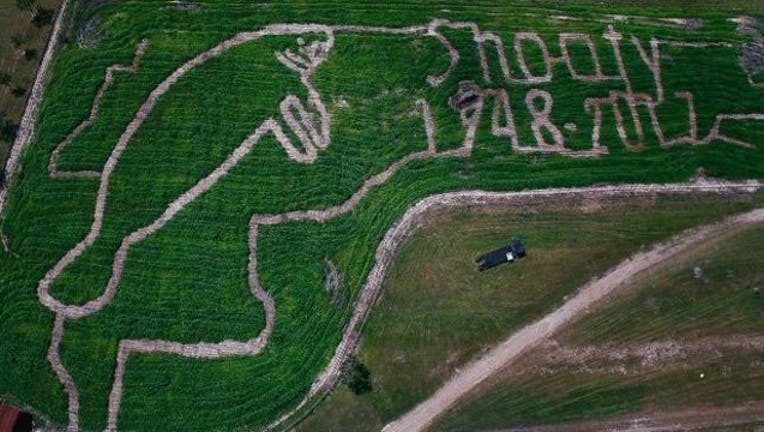 BRADENTON, Fla. - This year's corn maze design at Hunsader Farms' Pumpkin Festival in Bradenton will be a tribute to Snooty the Manatee.

Snooty died in July after a terrible accident at the South Florida Museum just after his 69th birthday.

He held the Guinness record for being the longest living manatee in captivity and spent the majority of his life living at the museum.

Hunsader Farms plans to honor Snooty with a massive corn maze featuring him and the dates he lived and released an image of the corn maze rendering on their Facebook page.

The Pumpkin Festival begins October 14th and runs on the weekends through October 29.