HARRISBURG, Pa. - Cadet William Taylor was home in Pennsylvania for spring break when the coronavirus pandemic hit, closing down schools across the country and forcing millions of American students to take classes online.

The second-year student from the Virginia Military Institute told Fox News he had about a week or so to transition from in-school learning to Zoom classes. However, he had one major obstacle in his way: no Internet access. 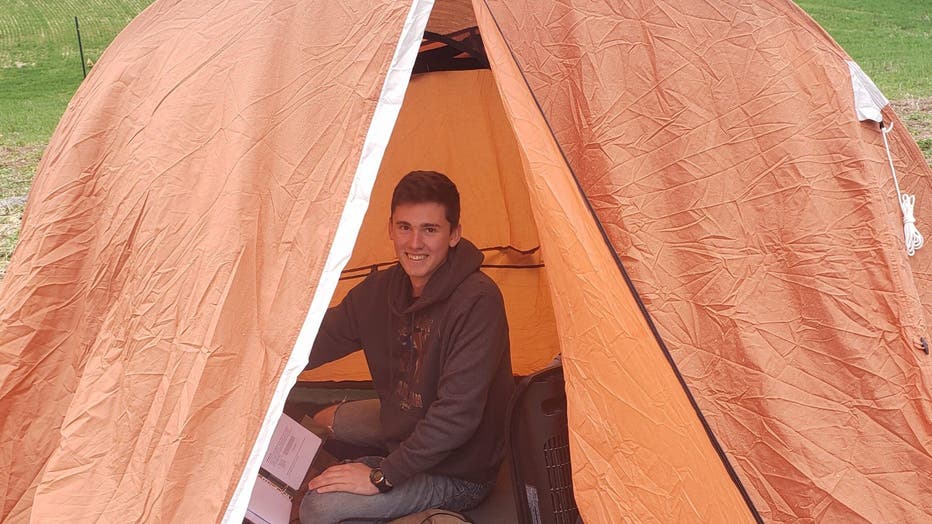 Cadet William Taylor, 18, pitched a tent outside his home in rural Pennsylvania to complete his school work from the Virginia Military Institute. (Courtesy of William Taylor)

Taylor’s home in rural Schuylkill Haven, about 50 miles northeast from Harrisburg, does not have Wi-Fi and cell service is spotty.

But outside in the garden of his family’s small farm, he gets four bars of service – just enough to boost his phone’s hotspot.

“I was like, ‘Well, I know there is cell service outside.’ And I was like, ‘I have a tent in my car. So, I guess I can put the tent outside where the cell service was,’” Taylor, 18, said during an interview from the tent on Friday.

He continued: “It works for the most part. At one point, I had a heater out here for the cold nights. It wasn’t a big heater and it barely heated it, but it worked. I had an extension cord and everything. I was just trying to make do with what I have.” 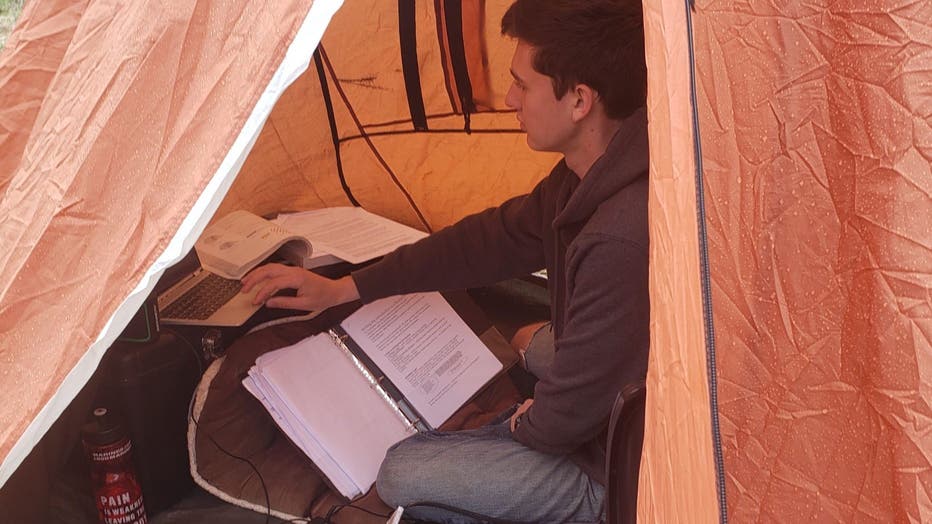 Cadet William Taylor, 18, doing his schoolwork from inside a tent outside his home in rural Pennsylvania. (Courtesy of William Taylor)

Taylor said that while classes from inside his small orange tent have been going well, not being able to interact in the same way with instructors and classmates is tricky.

“It definitely has been very different because I am one that learns a lot through other people helping me. I am a very hands-on learner,” Taylor said. “I think that has been rough on me – not having people there – but the teachers have been pretty good about it.” 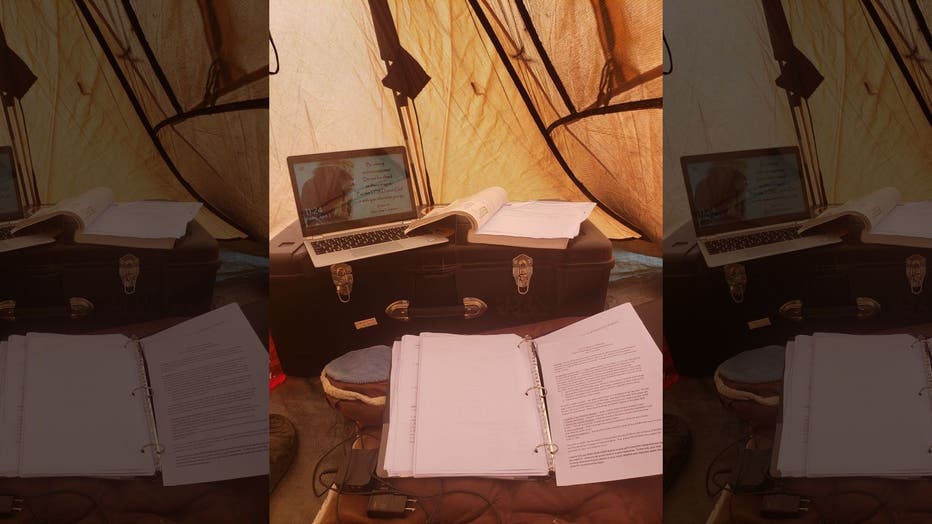 Inside Cadet William Taylor's tent where he is completing his college semester after the coronavirus pandemic. (Courtesy of William Taylor)

And they have even gotten the occasional visit from a farm animal.

“Specifically, the chickens. I had one time, I was doing a Bible study with some people, and I had a chicken come right in here and start just being really loud and I had to shoo him out,” he recalled. “Now all of my friends make fun of me that I am always shooing out my chickens out of my tent during my classes.” 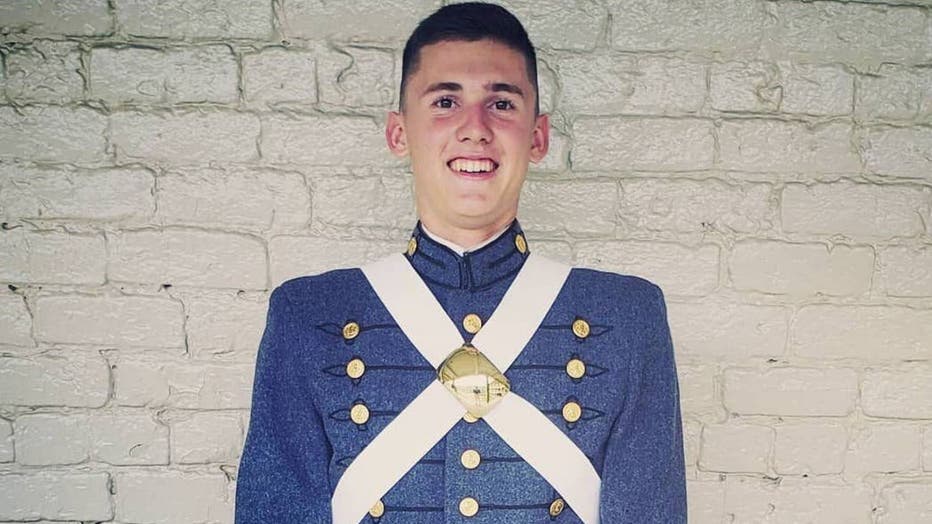 Cadet William Taylor, 18, is expected to graduate in the Class of 2022 from the Virginia Military Institute. (Courtesy of William Taylor)

AMERICA TOGETHER: UPLIFTING IMAGES FROM ACROSS THE COUNTRY

The cadet, who wants to be an Army chaplain, said the experience and challenges have been an extension of his learning.

“I think it’s a lot of what we learn at VMI and in the military. It’s realizing that you’ve got to make the best of whatever situation you’re in,” Taylor said. “You learn that there’s going to be challenges [and] there’s going to be obstacles but you have to get over them. You have to figure it out. If it means pitching a tent to do your work, that’s what you have to do.”

Virginia Military Institute was founded in 1839 in Lexington, Va., as the first state-supported military college in the United States. There are nearly 1,700 cadets participating in academics and military training at the school.