After struggles with addiction, veterans graduate from the Hillsborough County Veterans Treatment Court.

"I want to thank veterans court for saving my life. I'm grateful that the court had patience and didn’t give up on me," said graduate Joseph Lourenco during Friday's ceremony.

He served as a U.S. Marine for five years, but fell on hard times when he left the military. Substance abuse had a tight grip on him, but after years of going through the Veterans Treatment Court in Hillsborough County, he finally made it.

"I've been in the program for three years, in and out of jail, in programs, and it's hard. I was deployed twice. I went to war twice and I consider what I went through in this courtroom harder than anything I went through overseas," said Lourenco. 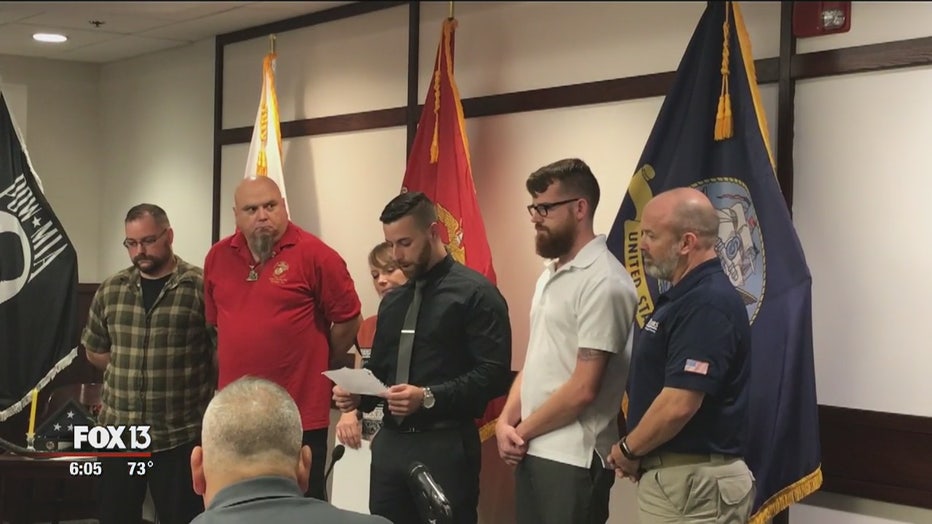 It was standing-room-only as several veterans graduated from the program.

"I didn't think there was any hope because I’m a 37-year addict," he explained. 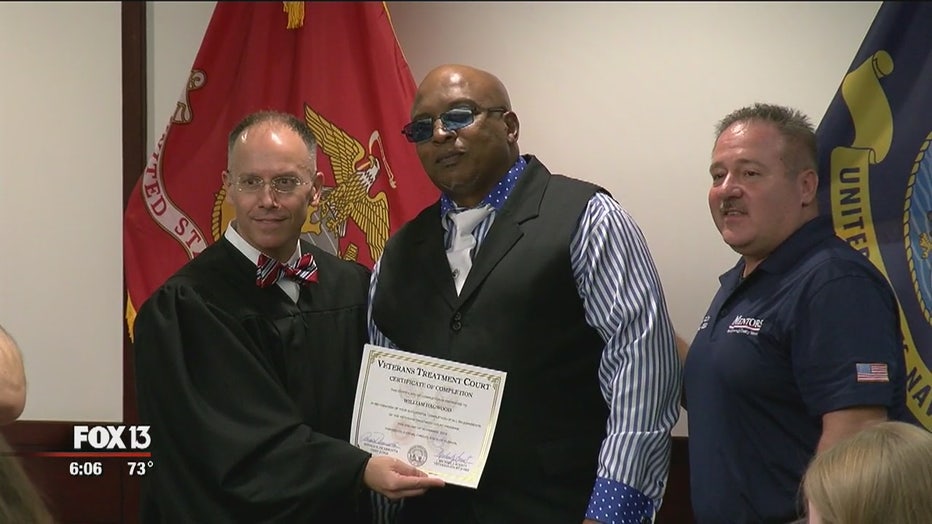 Hagwood says no matter how hard he tried, it never worked.

"One thing I found out in this courtroom, in this program, there was no way to get around faking it," said Hagwood.

Which is why Joseph Lourenco says it saved his life.

"Don't try to do it alone. You got to get a support network and you have to surrender," said Lourenco.

The Veteran's Treatment Court in Hillsborough County is a model for other counties and there is now a push to get this program across the country.