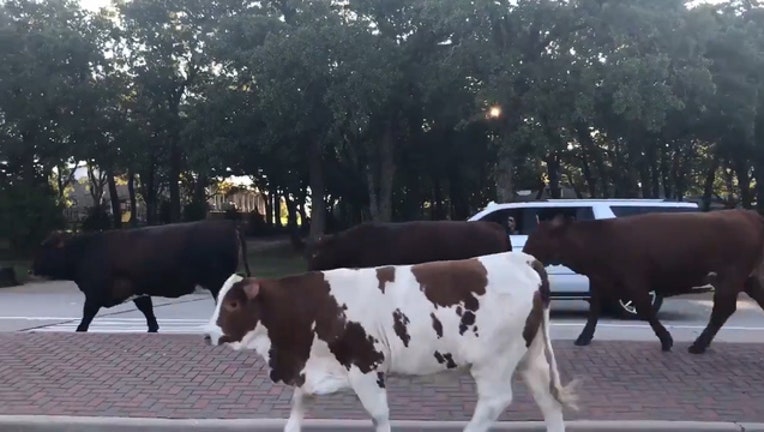 SOUTHLAKE, Texas (STORYFUL) - Police were called to move a herd of cows after they were spotted walking on a road alongside cars in Texas on Tuesday, September 18.

Video captured by a driver showed the moment the cows were seen on South Kimball Avenue, Southlake.

A spokesperson for the City of Southlake Department of Public Safety tweeted that police soon after reunited the cows with their owners.