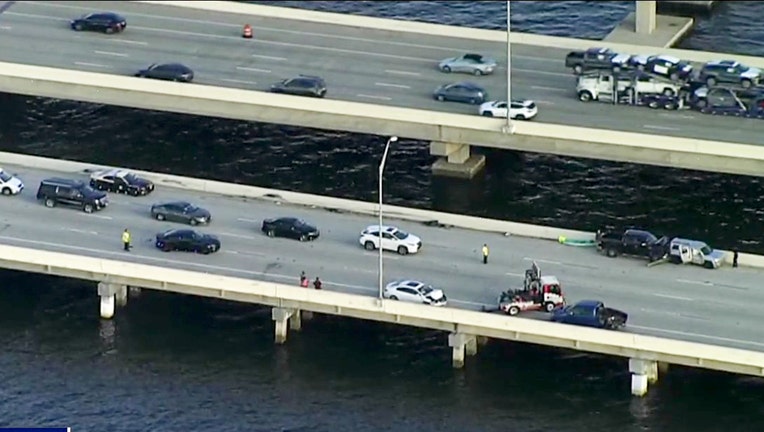 ST. PETERSBURG, Fla. - The view from SkyFOX shows some major backups for Pinellas County drivers trying to get to Tampa on the Howard Frankland Bridge/Interstate 275.

All lanes were blocked on the Pinellas side of the hump after several vehicles crashed.

Based on the views from above, it appears at least four vehicles were involved.

There was also ongoing construction on the interstate before the bridge, pushing traffic back into St. Petersburg. 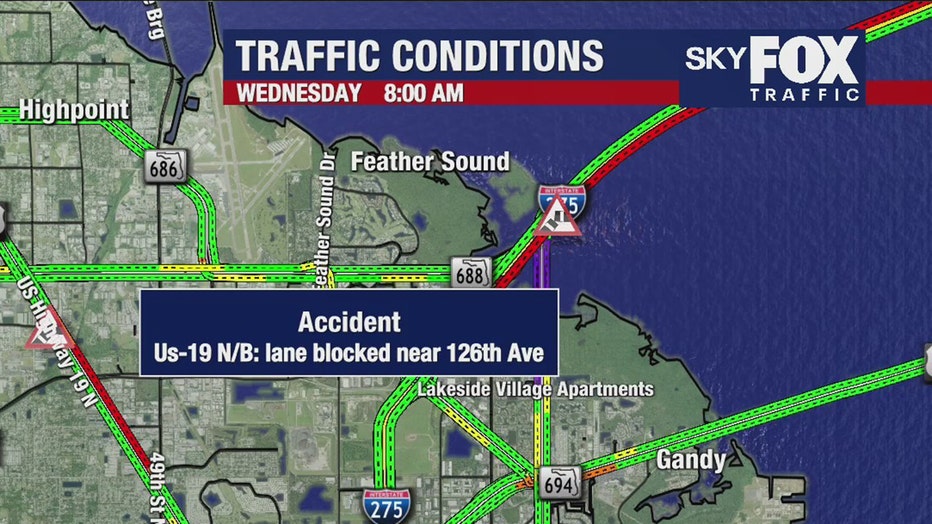 Officials had not released information about how the crash happened or when it would be cleared.