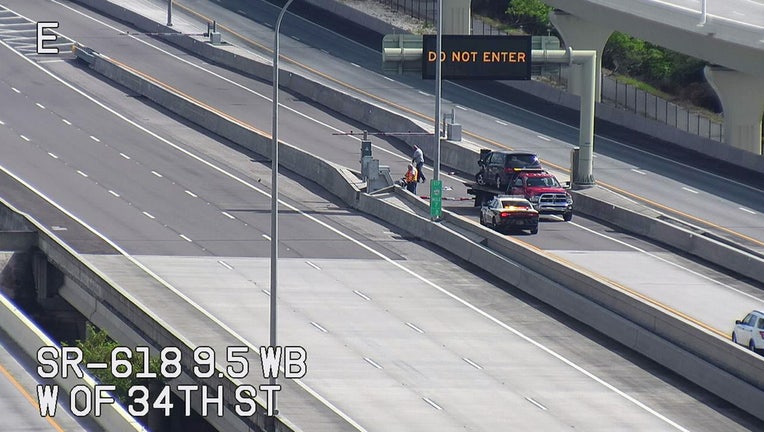 TAMPA, Fla. - One of the entrances to the Selmon Expressway’s reversible express lanes is closed after a minivan apparently hit one of the barrier bars at the ramp’s entrance.

The view from FDOT cameras shows a damaged van being loaded up onto a wrecker at the eastbound 34th Street ramp from the local lanes to the express lanes. The red and white crossbars are down and one appears to have been damaged in the crash.

According to expressway officials, the ramp at the location is closed.

There was no immediate word on the cause of the crash or any injuries.

The Selmon Expressway features reversible express lanes that are generally open westbound in the morning and eastbound in the evenings. The crossbars are designed to help prevent traffic from entering the lanes in the wrong direction.