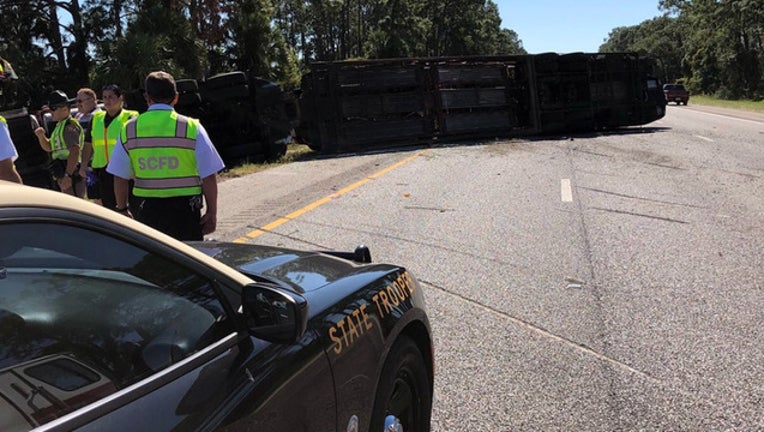 Deputies say a car-hauling truck overturned and was blocking the highway about five miles south of Clark Road.

State traffic cameras showed some vehicles getting by on the shoulder. FDOT says the southbound interstate was closed earlier.

There's no word on what caused the crash, of if anyone was hurt.