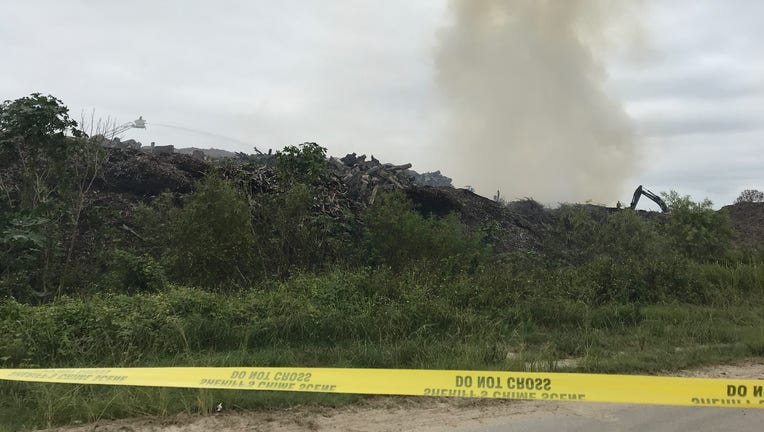 LAKELAND, Fla. - Firefighters in Polk County have been at the scene of an industrial fire since Friday night.

The fire broke out at Southern Soft Woods on Lasso Lane around 11 p.m. Friday.

Fire rescue officials said a large pile of pallets and wood debris caught fire and has continued to burn for more than 12 hours.

There are no strutures involved in the fire and no injuries have been reported.

Officials said fire crews will remain at the scene until the blaze is knocked down.