An employee for a private construction company was buried up to his chest and water was pouring in around him after a portion of the sidewalk collapsed.

GIBSONTON, Fla. - Hillsborough County Fire Rescue crews and bystanders worked together to save a construction worker who was trapped underneath U.S. 41 in Gibsonton Friday.

According to investigators, an employee for a private construction company was working on a pipe under the road when a portion of the sidewalk collapsed on him.

"I saw the commotion, the ambulance and the fire trucks coming up. Walk out here, there's a man lying in a hole, covered in dirt, passed out," said Chris Amenda, who works at Wally's World of Wheels.

The man was buried up to his chest and water was pouring in around him.

"We got to get him out of there," Amenda said he was thinking at the time. "Something fell on him and pinned him face-down in the mud."

Other construction workers jumped into the hole to help, while bystanders from nearby businesses tried to pump out some of the water.

"We ran a hose to them and then they started purging the water pump to get the water out of the hole so they could pull him out," said Amenda.

"There was so much water and mud, it's like quicksand. So you try to yank him out, it wants to suck him back in," said Mike O'Brien, who works at Ratchet Motorsports, adding construction workers were trying to help the victim stay positive. "Everybody was chanting him on, 'Mikey, it's going to be an early day! You're getting off early! It's going to be fine!' So it was heart-warming at the end, he was able to get out, nothing physically bad happened to him."

More than a dozen fire rescue crews helped pull the man to safety. He was rushed to the hospital with non-life-threatening injuries. 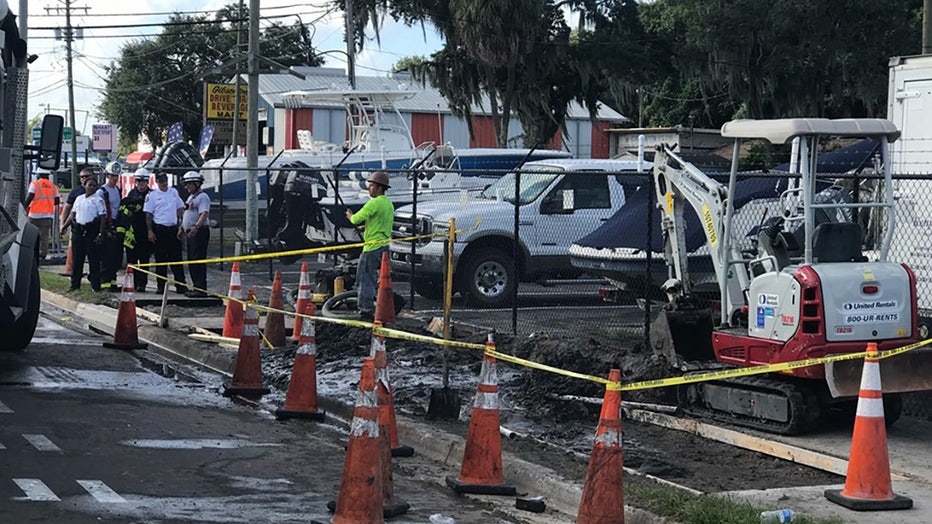 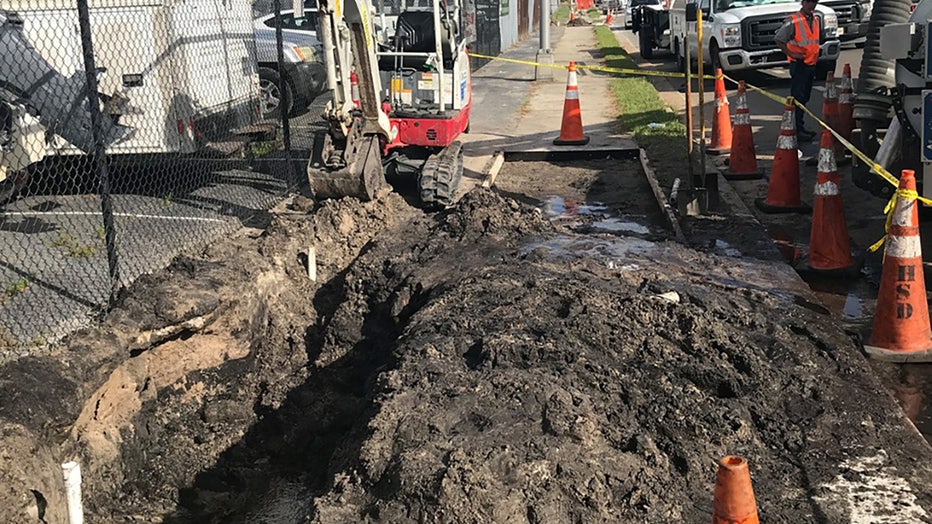