Her son rolled through a stop sign but didn't realize he had a suspended license. Soon, he was in handcuffs while his kindergarten-aged daughter watched.

"It was pretty traumatic for the little one," she said.

During Tuesday's roundtable, the St. Petersburg Police Chief and the Sarasota sheriff were urged to expand civil citation programs, which Van Doren says would have helped her son. 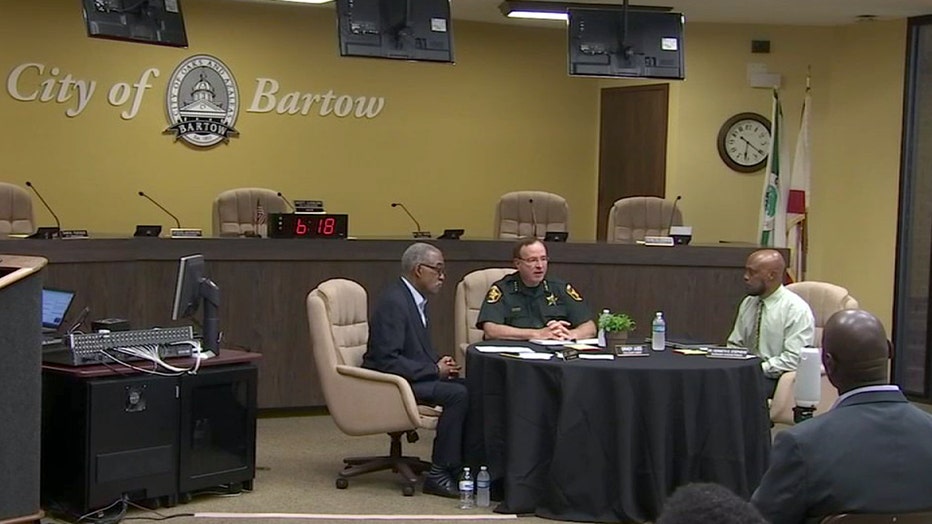 "They reduce recidivism. They steer kids away from the downward spiral of the system and they save money for taxpayers," said Hillsborough State Attorney Andrew Warren.

The sheriff, who is influential statewide, is wary of lessening penalties, pointing out crime in Florida is at a 50-year low. He also argued paperwork mistakes already leave discretion to officers.

He took questions from residents who were concerned that those who protest peacefully could get ensnared by the new tougher laws. He argued it's written to allow for vocal but peaceful dissent.

Mary Poindexter of Bartow argued a big part of law enforcement – especially when it comes to African American communities – is about communication.

"There is a perceived notion [among officers]," she said. "Instead of going out there with an open mind, and thinking about I am going into a situation, let's figure out what we need to do."

Though there isn't broad agreement, at least for one night, there was talking.