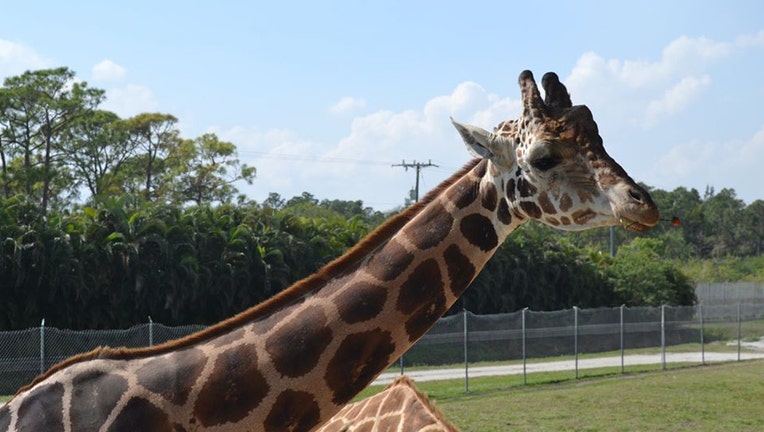 LOXAHATCHEE, Fla. - Staff members at a Florida drive-through safari are mourning the loss of one of their wildlife friends.

On Friday morning, Lion Country Safari, located in Loxahatchee, announced that Cupid, a giraffe, passed away. The giraffe turned 15 on Valentine's Day of this year.

They said it appears to be from natural causes, but are awaiting the results of a full examination and pathology results.

They said Cupid was a guest favorite at the park and know to have his tongue partially sticking out when greeting people.

"Cupid was well known for not only his personality, but also for his characteristic heart-shaped spot on his shoulder, a reflection of the love and admiration he inspired in many around him," according to Lion Country Safari's Facebook post. "We are mourning his loss and he will be sorely missed by all on safari."

According to the Giraffe Conservation Foundation, the species can live up to 25 years in the wild, but even longer in captivity.

Last year, two giraffes were killed after they were struck by lightning at Lion Country Safari.