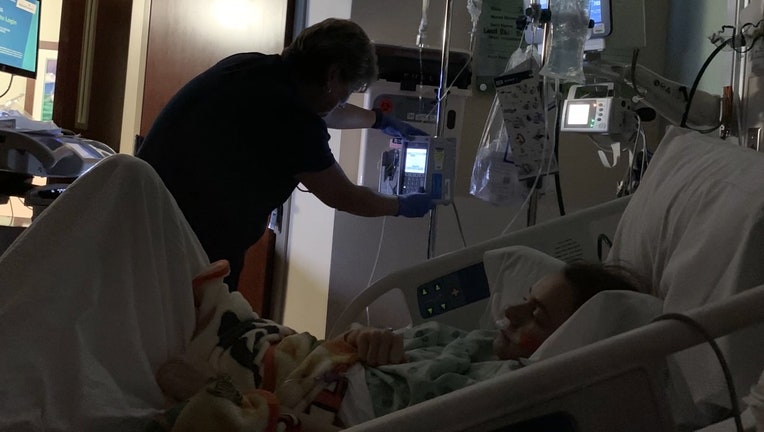 DADE CITY, Fla. - An 18-year-old from Dade City says vaping nearly killed her and she wants to warn others.

Grace started vaping three years ago and says she quickly became addicted - sometimes going through a whole cartridge per day.

”Honestly, I don’t think I would've stopped if this happened to me, I’m just that hard-headed,” she said.

Last week, her mother says she began showing flu-like symptoms. Soon they learned it was much worse.

”The x-rays revealed pneumonia in both lungs. They did a CAT scan they said it's one of the worst set of lungs they've seen and she's 18,” said Grace’s mother, Deirdre Wulff.

She says the diagnosis is vape induced pneumonia. The CDC says more than 2,700 similar cases have been reported nationwide and 60 people have died.

”If I hadn’t brought her in, he said 24 hours she would’ve been dead,” Wulff said. “I said, 'When you walk out of here you need to become an advocate to stop vaping. It literally is the worst nightmare.”

That's why Grace is sharing her story, so someone else doesn't repeat it.

”Literally you’re killing yourself slowly,” Tyrrell said. “I wish people would take it more seriously because I didn't and literally almost lost my life.”