VENICE, Fla. - As the daily thunderstorms begin to move in, they bring an unwanted side effect.

"We are getting rain," said Patrick Mahoney of the Florida Forest Service. "Bad thing about this is, we are getting lightning."

The largest, Carlton Reserve in Venice, is 95-percent contained with 550 acres burned.

"The telltale sign of a pine tree that’s been struck by lightning is it spirals down, the bark spirals down, and you could see the tree that was actually hit," said Jay Bailey, Sarasota County Fire Department's mitigation officer.

Bailey said past prescribed burns stopped this from becoming a major brush fire.

"The vegetation was relatively lower than a lot of places so it didn’t spread as fast as it would under these dry conditions. The area to the north is an area we burned two months ago, that’s an area we steered it into so it wouldn’t burn anymore," he continued. 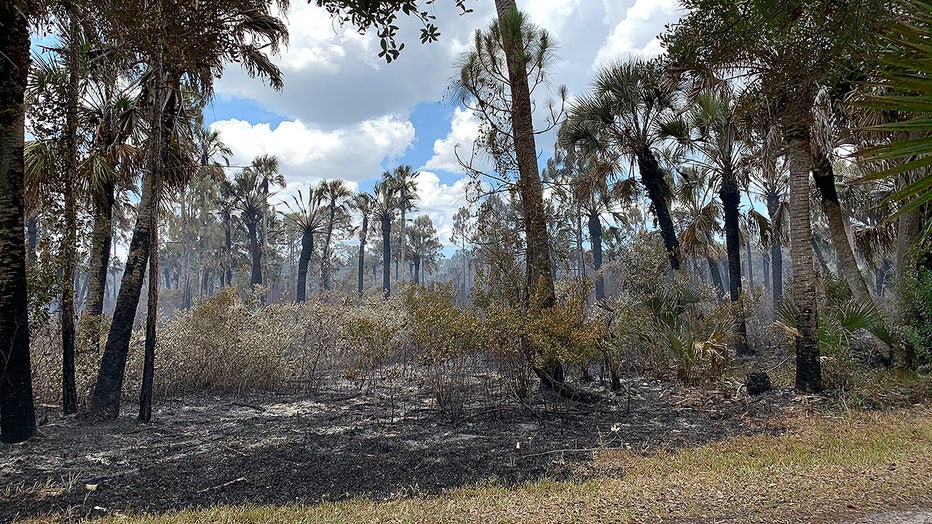 A few benches and picnic tables were lost in the fire. A historic cabin, pavilion and other park equipment was saved.

"This one has pockets that are still burning in the interior. We expect there to be residual smoke for the next several days until we get some rain on it," said Bailey.

With rain needed across the region, Mahoney said it's a reminder to do your part to keep fire conditions low and your surroundings safe.

"Right now is a great time to make sure your roofs and gutters are clean, make sure it’s clean and green around your home," he offered. "We are asking anything that conducts heat or sparks to be cautious."