TAMPA, Fla. - New dating platforms are bringing a new meaning to the idea of a “blind date.” If you use dating apps, you could be talking to a ghostwriter and never know it.

A "one-of-a-kind writing opportunity" is posted on Craigslist: Vida Dating hires ghostwriters to get dates for their clients on well-known sites and apps including Match, OkCupid, Tinder, and Bumble.

The job is a “closer” -- someone who can craft charming profiles for clients, write creative ice breakers and seal the deal -- close that date. They even handle all the back and forth messages for a client.

But the prospective date has no idea they’re talking to a hired writer.

“We will ultimately search for your matches find the ones that check all your boxes, send engaging messages, and set up your dates,” explained Vida’s founder, Scott Valdez.

Valdez says he got the idea after he successfully hired someone on Craigslist to handle his online dating.

“There's nothing illegal about writing for someone else. People don't even write their own books these days and they put their name on it,” Valdez continued.

He found it so successful that he modeled his business after it, hiring writers to handle your love life.

“As a closer, as a ghostwriter, I had no contact with the client I was pretending to be, so I had no way of knowing if they were creepy, dangerous, or married,” offered ‘Chloe Rose,’ one of the writers. 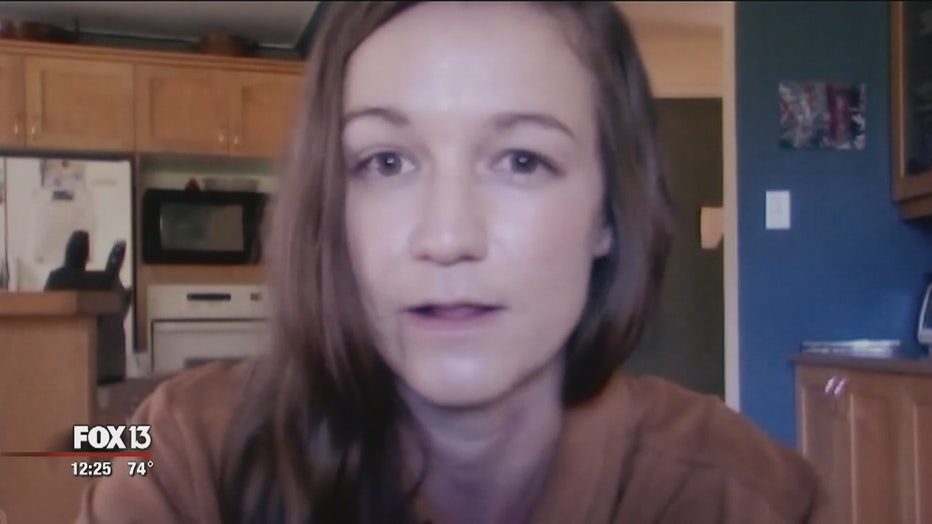 ‘Chloe Rose’ worked as a ghostwriter for profiles through Vida Dating.

Chloe says what started as an entertaining way to make money quickly became uncomfortable. “Every day getting these Tinder messages from women and having to pretend to be this man and having to misrepresent myself was very troubling.”

If that was the case, Valdez wondered why she stuck with the job. “It's kind of strange she didn't just work two days -- she worked for months -- if she was so anti-everything.”

Chloe says her discomfort grew over how they were instructed to interact while being paid to impersonate male clients.

“A big part of the training process at Vida included these manuals on the automatic date transition and how to get women to agree to a date so quickly,” she recalled. “We had to follow rules on how to be the alpha male and how to be unapologetic online because that's what women want. Women want the tough guy who is not going compliment a woman without a qualifier that kind of thing.”

We asked Valdez about the manuals he wrote.

“Being a confident man, nothing's changed," he replied. "Knowing what you want, being selective about who you want to meet, that's still universally attractive all around the world.”

After initially defending the approach, he changed his tune when we asked about the emphasis on “the alpha male” diminishing women to score the date.

“There are certain things that worked a number of years ago that wouldn’t work in our ‘me too’ climate,” he conceded.

He then said they plan to draft updated manuals.

"You're tricking them into going onto a date with a complete stranger."

“To anyone who questions the ethics of what we do, my response is they've never seen the way we encapsulate our clients’ personas, in many ways, [they] are more accurately than what they were doing before they hired us.”

Chloe held her ground. “The moral gray area for me is very clear. You're tricking them into going onto a date with a complete stranger.”