Father and daughter come face to face in court

TAMPA, Fla. - The daughter of a man accused of kidnapping his estranged wife and plotting a murder-suicide came face-to-face with her father for the first time in five years in a Tampa courtroom.

"As soon as I walked into the courtroom, he recognized me, he looked at me right in the eye, and it was terrifying," 19-year-old Arden Summers said.

Her father, Trevor Summers, is the defendant on trial for the March 2017 incident against his now ex-wife, Alisa Mathewson. Prosecutors said he even tricked his kids into letting him into the house.

"This was a man I trusted, this is a man who I thought could do no wrong, and just to know that he used me to do what he wanted to do, that hurts more than anything," explained Arden Summers. 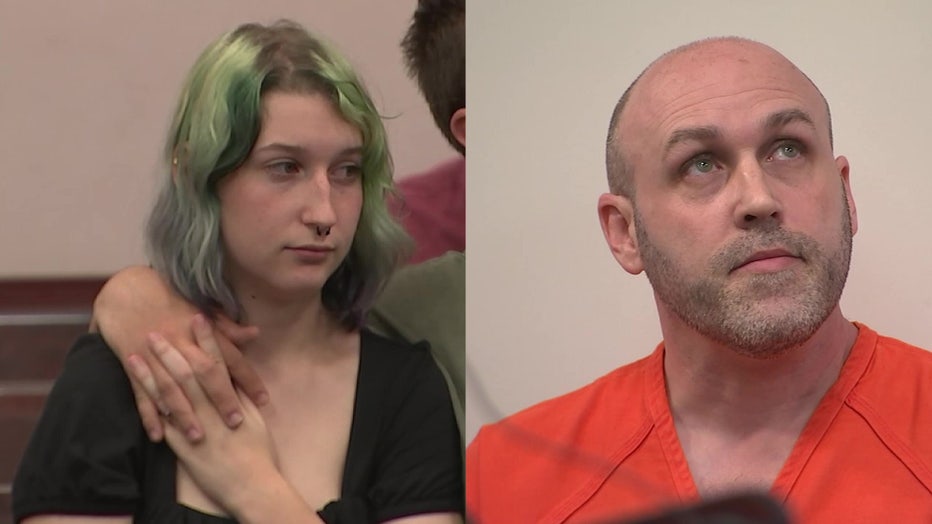 Since his arrest, Trevor Summers has fired four attorneys, and he even forced a judge off his case accusing him of being biased against him. Now that he has a new judge, he is once again asking for a new lawyer, claiming attorney Anthony Marchese and he don't see eye-to-eye when it comes to a defense strategy.

Marchese addressed the court about it.

Trevor Summers is now representing himself, and the judge has allowed that, but reminded him that it is a risky move.

Alisa Mathewson is now remarried and has been waiting to testify against Trevor Summers for years. She said her ex-husband has been playing games with the legal system and feels re-victimized by him being allowed to defend himself.

"As a victim, it’s a little scary, it’s a little intimidating. I have a lifetime protective order against him, and he’s going to be right in front of me, questioning me about the crimes he committed against me," explained Mathewson.