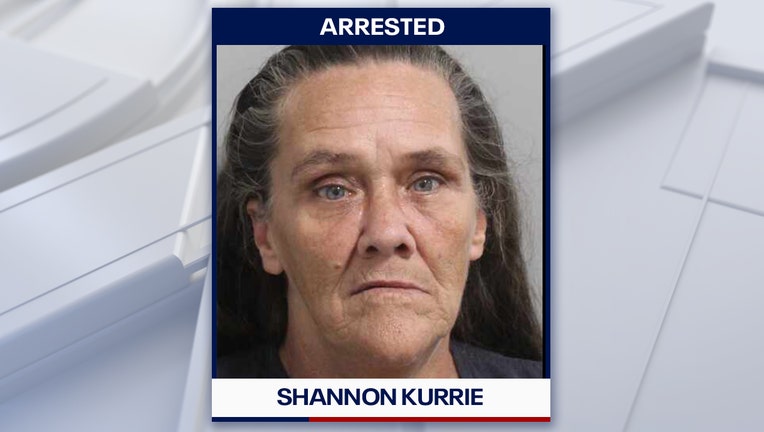 WINTER HAVEN, Fla. - Bank officials at a Winter Haven location grew suspicious after a Davenport woman tried to withdraw $22,500 from an account, police say. Later, they learned she opened the account under another person's identity to withdraw thousands of dollars.

Winter Haven police arrested 56-year-old Shannon Kurrie. They said she arrived at the Chase Bank on 1350 6th Street NW on Monday and made a request to withdraw $22,500 from a business account. Investigators said bank staff provided her with a withdrawal slip. However, she filled out the information using the identity of a 75-year-old woman in Texas.

Officials said Kurrie also provided a credit card and Texas identification that showed her photo, but it included the victim's name and information. When bank officials checked their records, they said the signatures for the account didn't match Kurrie's.

They asked Kurrie a few questions, but she wasn't able to answer them, according to police. Then, Chase Bank staff contacted law enforcement.

When officers confronted Kurrie, they said she admitted she lied about her identity and provided her real name. During the interview, police said she opened the bank account using the victim's name to gain access to her money. She used the account to transfer funds from the victim's personal account to the business account in order to withdraw the money, police said.

"When Kurrie's purse was searched, an additional social security card, credit card and driver's license was located in her purse that didn't belong to her," according to a news release from the Winter Haven Police Department. "A silver pipe along with a baggie containing cocaine was located as well."

Kurrie was arrested on several charges including grand theft, criminal use of personal identification, possession of cocaine, and providing false identification to law enforcement.