Eight cars were involved in the pile-up, including two tractor-trailers.

TAMPA, Fla. - A chain-reaction caused a fiery crash on Interstate 75, according to investigators. Those flames consumed two vehicles, and took the lives of the two drivers.

The impacts of Wednesday’s deadly crash continued into the overnight hours. Northbound lanes of I-75 remained closed for most of the morning, but all lanes reopened before noon Thursday.

The crash occurred before 7 p.m. near mile marker 272, north of Bruce B. Downs Boulevard, just before the Interstate 275 interchange. Traffic came to a complete standstill as flames shot into the air Wednesday evening, trapping several drivers between Bruce B. Downs and State Road 56 for hours. 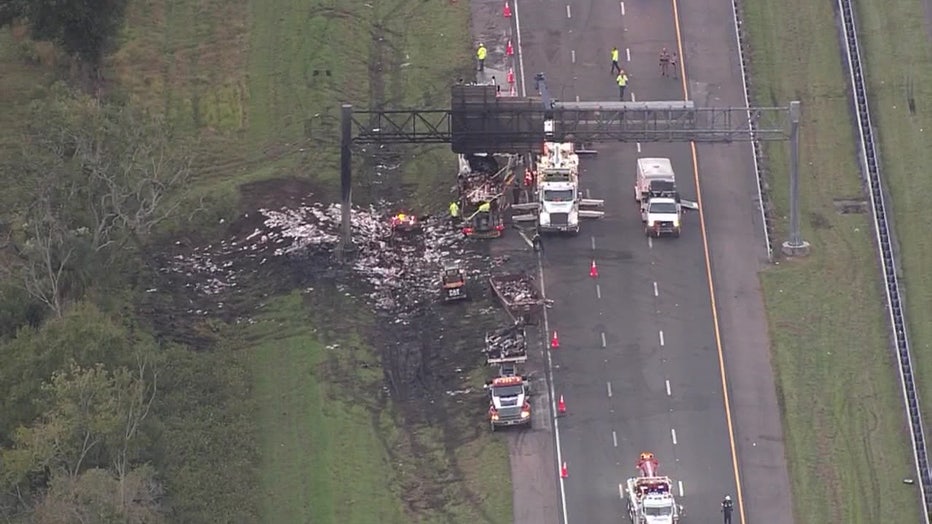 Crews continue to clean up the northbound lanes of I-75 following Wednesday's deadly crash. (FOX 13 News)

Firefighters from both Tampa and Pasco County fought the flames for an hour after a semi-truck broke out in flames. Officials said one issue that caused problems for firefighters was the cargo that was being hauled by one of the semis: waxy milk cartons that kept reigniting.

Eight cars were involved in the pile-up, including two tractor-trailers. One person inside one of those tractor-trailers was killed, according to the Florida Highway Patrol. The driver of a Mercedes sedan also passed away at the scene. 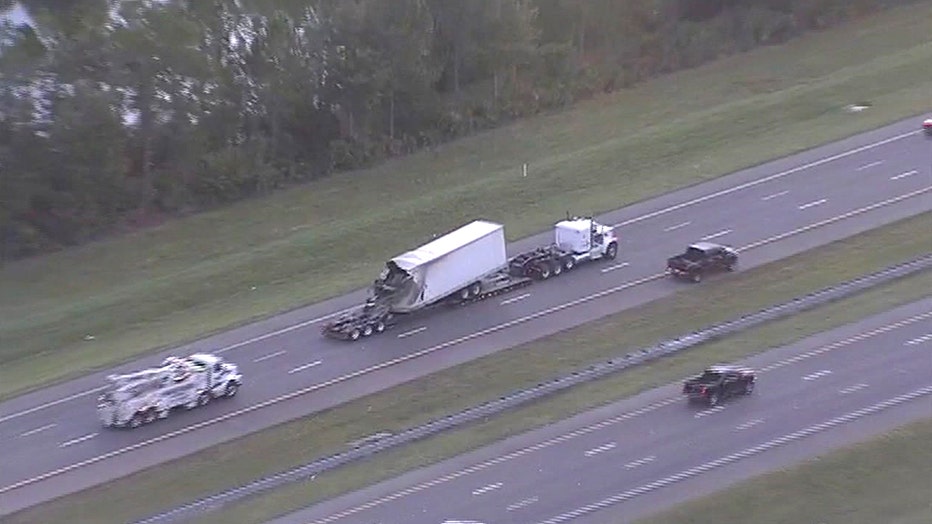 The tractor-trailer that caught fire was towed away Thursday morning. (FOX 13 News)

Six other people injured in the crash were taken to a hospital:

According to FHP's preliminary investigation, the following events led up to the crash:

The driver of the Mazda 6 stopped for traffic in the outside northbound lane. The six vehicles behind him slowed down, but the driver of a tractor-trailer did not.

Meanwhile, the second tractor-trailer continued northbound and collided into the back of the Mazda 6. 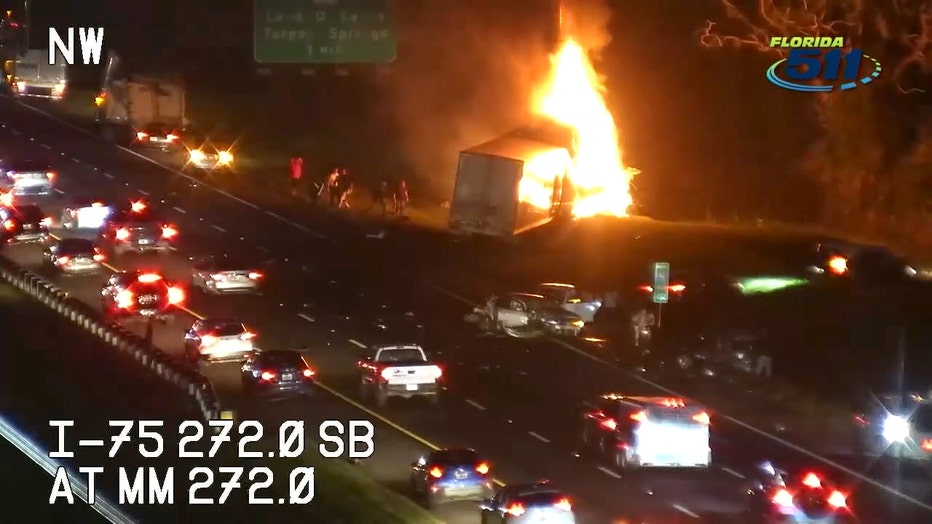 Officials at the scene Wednesday said the collision could have been a lot worse.

“There were parts all over the road,” explained Pasco County Fire Rescue spokesperson, Corey Dierdorff. “There’s going to be extensive cleanup. The cars were very, very heavily damaged, so we’re very thankful that the injuries weren’t worse than what they were.”

Several drivers told FOX 13 they were cut off from the nearest exit by the crash, and had issues with nearly running out of gas. Eventually, those cars were turned around by officials who turned the highway’s on-ramp into an exit route. 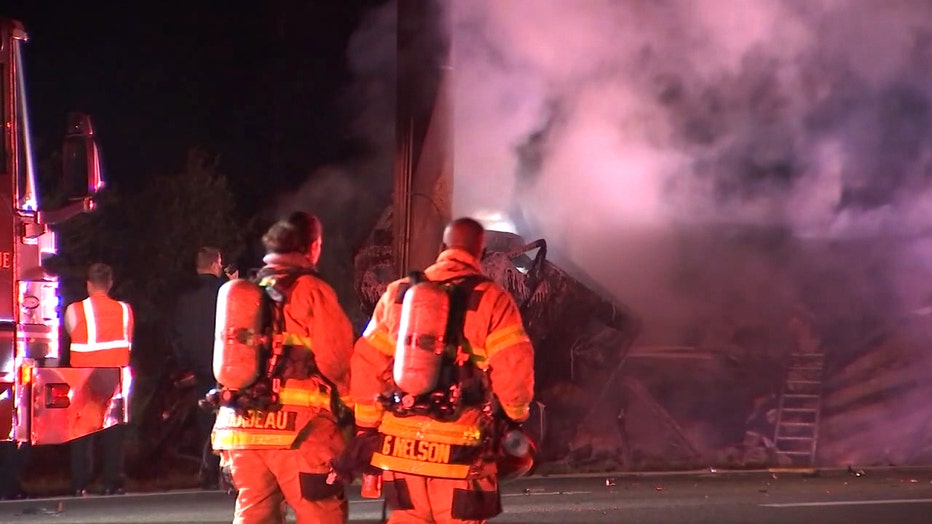