During a metropolitan planning meeting on Tuesday, Florida Department of Transportation District 7 Secretary David Gwynn told transportation leaders that his department had not initially planned to move ahead with the detection projects right away. But after a deadly wrong-way crash Sunday, FDOT says it will find the money to install the wrong-way driver detection technology this spring.

Sunday's crash on Interstate 275 shut down the southbound lanes of the highway for most of the day. Troopers said a 32-year-old Brandon woman drove northbound on the southbound entrance ramp from Dale Mabry Highway to State Road 93 before crashing head-on with a pickup truck towing a construction trailer. The woman died at the scene.

READ: FHP: Wrong-way driver killed in crash on I-275

FDOT said that by moving up a wrong-way detection project at the interchange along with other locations, they will be able to detect wrong-way drivers and alert others on the road. 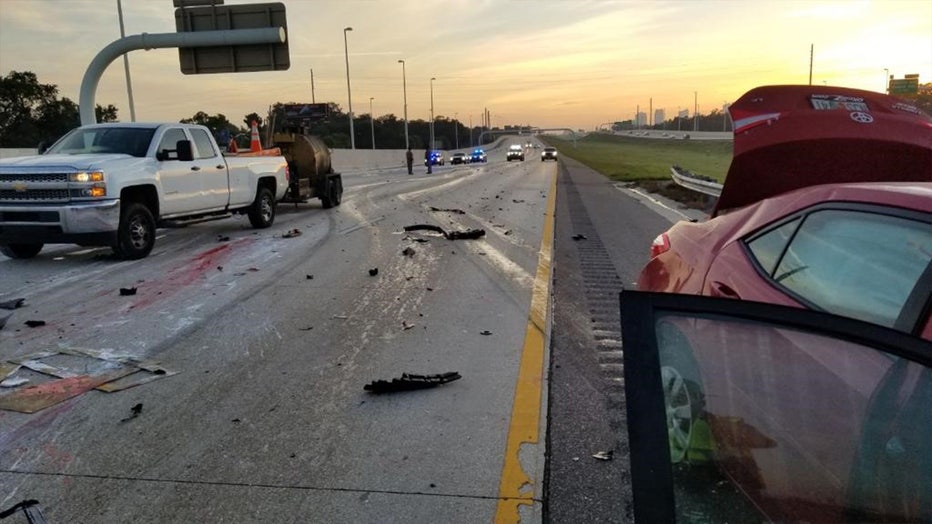 A 32-year-old woman from Brandon was killed on the morning of Nov. 29 in a wrong-way crash. (Courtesy: Florida Highway Patrol)

"We don’t know that it will necessarily prevent a crash," Gwynn said during Tuesday's MPO meeting. "Unfortunately, the young lady who entered the interstate crashed almost immediately upon getting to the mainline, but we are hoping that, in the future, what we will be able to do is to detect a person coming in the wrong way very early and then get message boards out and so forth to warn people, 'Hey. There's a wrong-way driver, lookout and hopefully, they will take additional care.'"

FDOT said it is trying to prioritize by locations that have had documented crashes or appear to have a higher risk for accidents. For now, Hillsborough MPO is moving forward with installing systems at ten new locations along I-275, I-4 and I-75.

Gwynn said the department has a goal of eventually installing wrong-way detection technology at all of the county's interchanges along the interstate.

"The detection device just notes, 'Hey, a car is going the wrong direction on the ramp.' Instead of going away from the detection, it’s coming toward it," he explained.

"Immediately, you’ll get a lot of flashing lights on the ramp," he added. Even somebody -- unfortunately, most of these crashes involve impaired drivers, not all but many of them -- but hopefully even an impaired driver would notice, 'Hey, something's wrong with all these red lights flashing everywhere, I need to not continue going forward. So, that would be the first step."

The sensors would immediately then set an alarm off at FDOT's traffic management center, which is monitored 24 hours a day, according to Gwynn. The department has both its own staff and FHP staff there.

The alarm will trigger both FHP to start taking responsive actions and would also set off alerts on FDOT's dynamic message boards throughout the interstate system that would warn people that a wrong way driver has been detected.

"So, people can keep an eye out, 'Hey, if I see somebody on the road coming the wrong direction, I need to be on the lookout for that and move to the side of the road or find a way to avoid the crash,'" Gwynn said.