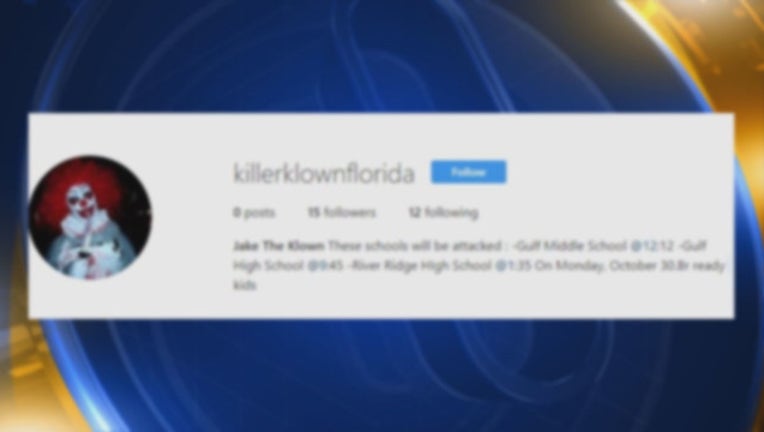 Triana Snyder, 13, was arrested and charged with written threats to kill.

According to investigators, Snyder wrote on Instagram that there would be attacks at Gulf Middle School, Gulf High School and River Ridge High School on Monday. The threat included specific times that the attacks would happen.

Snyder told detectives that it was a prank, her arrest report states. She was arrested Saturday afternoon.

Earlier in October, two other Pasco County students were arrested on similar charges following threats made against schools.