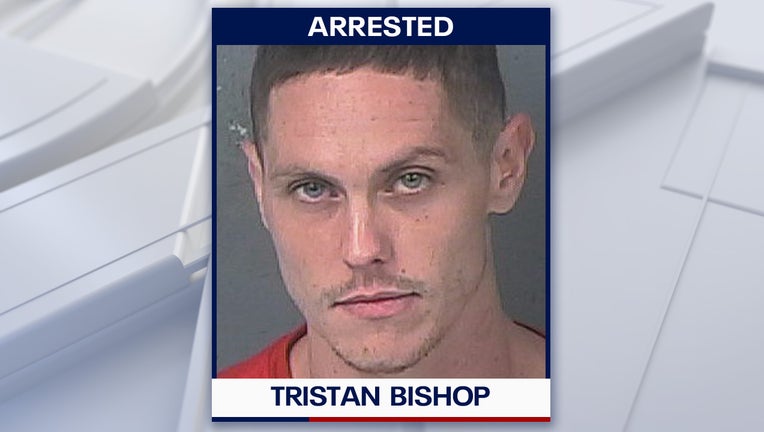 SPRING HILL, Fla. - A Spring Hill man is behind bars after investigators said he sexually assaulted a young girl in her home.

The Hernando County Sheriff's Office said the incident happened in the early morning hours on Wednesday, when a mother decided to check on her daughter, who was supposed to be sleeping.

But when the mom opened the bedroom door, she found her daughter awake and crying.

Investigators said the child told her mother that 24-year-old Tristan Bishop had been sexually assaulting her -- and had done so within the last hour.

That's when the mother immediately confronted Bishop and demanded he leave the home, which he did.

Detectives said they were able to question the victim and her mother, as well as gather evidence at the scene. They were then quickly able to obtain a probable cause warrant for Bishop's arrest.

Around 5:30 p.m. Thursday, deputies located Bishop in a room at a Motel 6 in Spring Hill. They said the suspect eventually exited the motel room and was taken into custody, noting that Bishop appeared intoxicated at the time of his arrest.

Bishop was charged with three counts of sexual battery on a child under 12 while in familial custody or authority, as well as possession of marijuana.

He was transported to the Hernando County Detention Center where he is being held without bond.