BROOKSVILLE, Fla. - After two days of extensive searching, there is still no trace of a man who mysteriously disappeared in Hernando County. The 74-year-old from Canada went missing sometime early Wednesday morning, leaving his wife asleep in their parked van.

Richard Paquet and his wife drove here to Florida from Nova Scotia, but the familiar journey took a turn Tuesday.

"Were involved in a very minor traffic accident here in the city of Brooksville, I believe they hit a guardrail, there was no other party involved," explained Denise Maloney with the Hernando County Sheriff’s Office.

Later that night, officers were called to a restaurant in Hernando Beach.  Patrons were concerned about the pair, but deputies determined Richard was okay.

Around midnight, he awkwardly backed their van into a stranger’s driveway. The homeowner called authorities the next morning around 7:30. The van’s door was open and Richard was nowhere to be found.

"This is extremely uncharacteristic, Richard doesn't leave her side," said his stepson Kenyan Shoebridge.  "So the fact that he's missing is very concerning for us all, obviously.  And the fact that it's in an area that's unfamiliar to him, unfamiliar to her, that makes it even that much worse."

Kenyan’s mother is wheelchair-bound, and he said she is in a state of shock. 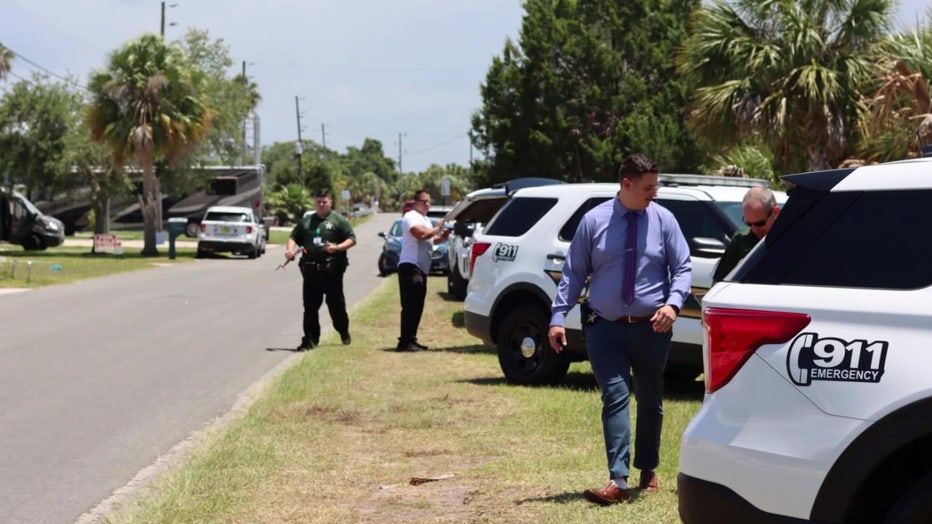 Richard has no medical or cognitive issues, but he left his cellphone and wallet in the van, and the last two days have been extremely hot.

"He does have military training. He was in the Canadian Forces for 30-years. He was a medic in the forces as well. So he does have some skills, but he is aged. He's a little bit more on the frail side. And of course, with all the water around here, that makes it a little bit more challenging," Kenyan said.

The Hernando County Sheriff’s Office along with multiple other agencies searched the area for about 11 hours Wednesday. Thursday, the exhaustive search continued with drive teams, aviation units, underwater sonar, drones and K9s. Deputies also went door to door in the area looking for any sign of Richard.

The sheriff’s office is asking people who live nearby to help look for Richard by checking their security cameras and looking around their property in any crawl spaces, out buildings or boats. Anyone with information is urged to call 911.