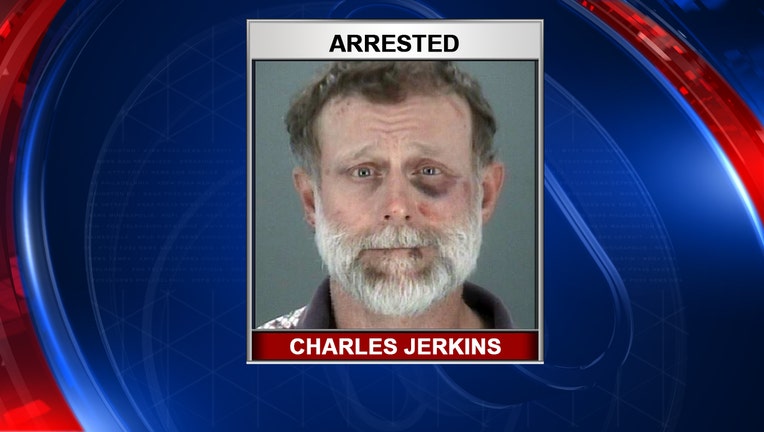 DADE CITY, Fla. - Deputies arrested a man who is accused of ramming his neighbor's tractor, then attacking him in Dade City.

The Pasco County Sheriff's Office said the victim was removing a log from the easement beside his home with a tractor. That's when deputies said 46-year-old Charles Jerkins drove up on his own tractor while hauling another log.

Deputies said Jerkins deliberately rammed his tractor into his neighbor's tractor, then dropped the 10 feet by 2 feet log onto the victim's legs.

When the victim fell off his tractor, investigators said Jerkins jumped on top of him and began striking him in the face multiple times.

Witnesses pushed Jerkins off of the man and restrained him.

The sheriff's office said the victim had multiple contusions on his face and was bleeding from both his mouth and nose.

Deputies arrested Jerkins for aggravated battery with a deadly weapon.