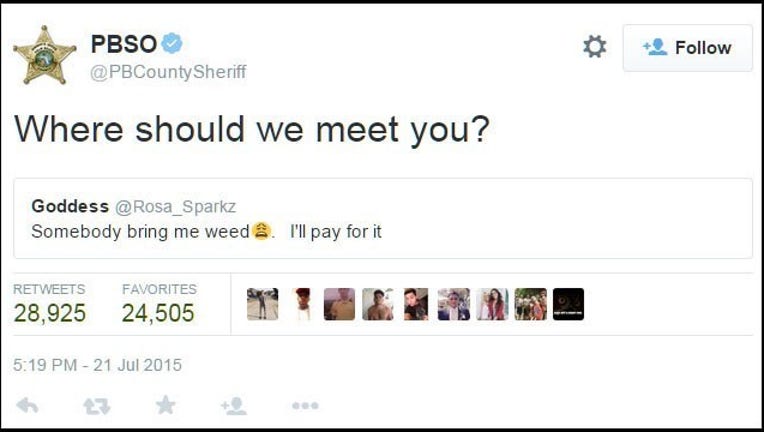 The tweet was sent out Tuesday evening around 5 p.m. in response to a Jupiter, Florida woman who tweeted about her need for weed.

“Somebody bring me weed. I’ll pay for it,” Twitter user @Rosa_Sparkz wrote.

About an hour later, the Palm Beach County Sheriff’s Office responded from their account, @PBCountySheriff, saying “Where should we meet you?”

The tweet instantly went viral, and had nearly 30,000 retweets and 25,000 favorites by the next day.