The Hillsborough County Sheriff's Office says all of the suspects are women. Only one of them has been arrested.

RIVERVIEW, Fla. - A group of women is accused of ransacking a liquor store in Riverview and stealing multiple bottles on their way out. One of them was arrested, but deputies are still looking for the others.

Surveillance video from Star Liquor, at 3847 301 Highway South, from around 12:30 a.m. Monday, shows two vehicles parked out front. Three people get out of one vehicle. Two get out of the other.

One of them has an object resembling a bat or pipe and begins to break the glass of the front door. As the glass breaks, three more people run over, from a location out of the camera's view.

The Hillsborough County Sheriff's Office says the suspects got away with more than $8,000 in alcohol.

The Hillsborough County Sheriff’s Office said one of the women was 19-year-old Lawrencia Dixon. She was picked up by deputies Tuesday. 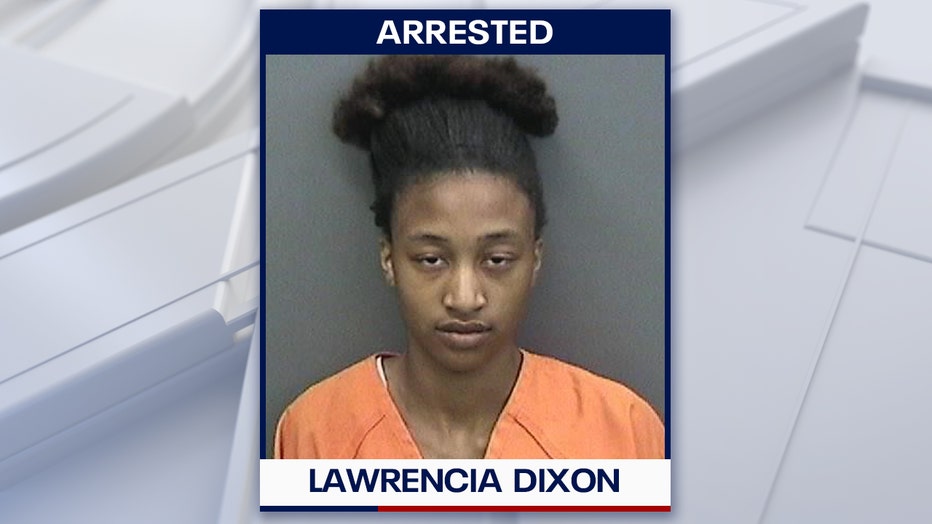 Deputies say she had four bottles of Ciroc Vodka, which is the same brand she was allegedly seen taking off the liquor store shelves. Surveillance video from inside the store was not released.

Dixon told investigators she met the other women at a protest. She also said she sold some bottles of stolen liquor through social media.

The Hillsborough County Sheriff’s Office asks anyone who recognizes the women in the video or knows about what happened to call 813-247-8200.

A previous version of this story said $750 in alcohol was stolen.