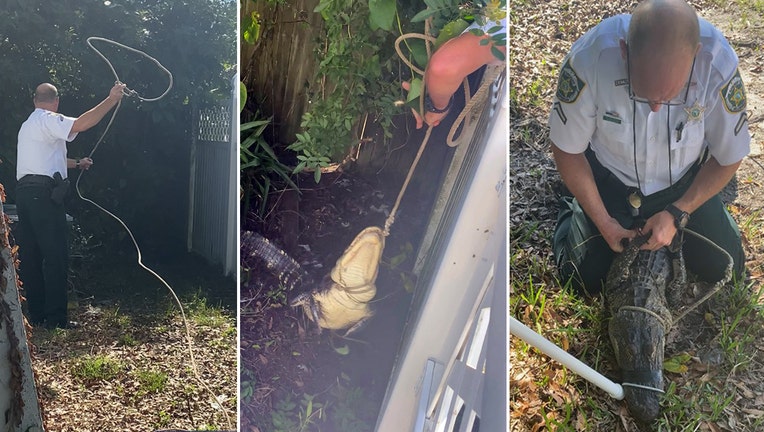 TAMPA, Fla. - Only in Florida would you use a lasso to catch a gator.

The Hillsborough County Sheriff's Office says that's exactly what happened outside of a Town 'N' Country home on Tuesday.

A resident called the sheriff's office after the alligator walked up to the front of her home and began banging on her bay window.

The deputy who responded to the home managed to wrangle the reptile with a lasso.

"Deputy George told the gator he wasn't welcome for dinner and secured him," the sheriff's office wrote on Facebook.