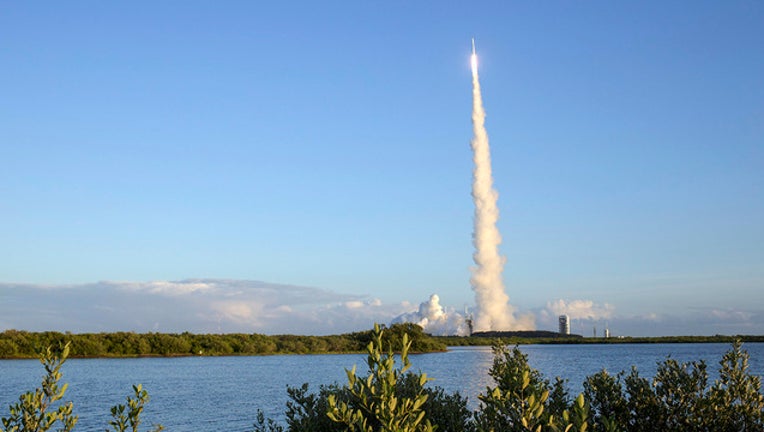 DeSantis wrote on Twitter he’s certain the window remains open for Florida, while linking to a report by CNN that an Air Force memorandum identified six military bases for the new command and that none are in Florida.

Trump this year signed a directive --- Space Policy Directive 4 --- ordering the Pentagon to draft legislation for Congress that would create the Space Force as a part of the U.S. Air Force, which currently manages the space domain through the U.S. Space Command.

The U.S. Department of Defense has submitted a proposal to Congress to establish the Space Force as the sixth armed services branch in a five-year phased-in plan starting Oct. 1, 2020.

DeSantis, who has compared the space combatant command to the U.S. Special Operations Command at MacDill Air Force Base in Tampa and the U.S. Southern Command in Doral, has been promoting facilities at Cape Canaveral.

DeSantis’ tweet Thursday came as Florida Department of Veterans’ Affairs Executive Director Danny Burgess released a letter sent to Florida’s congressional members advising them to keep up the pressure for the headquarters to be located at Cape Canaveral.

“Despite recent media reports that Florida did not make the initial list of recommended locations by the U.S. Air Force, I believe Florida is very much still in the running,” Burgess wrote.

Burgess, who was appointed by DeSantis, noted in the letter that 20 percent of the state is made up of military veterans, service members and their families.

“Bringing USSPACECOM to the Sunshine State is a logical choice and has many advantages,” Burgess wrote. “With so many of our state’s service members and veterans engaged in the aerospace industry, the opportunities resulting from having this combatant command in Florida are immense.”

The CNN report came as the Florida House continued this week to advance a non-binding memorial to Congress urging the command be located in Florida. The memorial could go before the full House as early as next week.