Construction is also underway in the area and the developer, Medallion Home, has a permit to trim the mangroves, but the Department of Environmental Protection said protocol was not followed, and the environment was damaged as a result.

Mangroves act as a stabilizer to the coastline and filter out pollutants in the water. They also provide habitat for birds, fish and shellfish.

"Mangroves are a protected plant species, and they are protected for a reason," explained Abbey Tyrna, the executive director of Suncoast Waterkeepers, adding that, "mangroves are infinitely important."

Medallion has a permit to trim 27.56 acres of mangroves at the Medallion Home Development.

"Really blatant disregard for the law," she described. "In some places where they were not even allowed to trim, trimming took place. We just want the law to be followed that’s it, to protect these tree species and the bay." 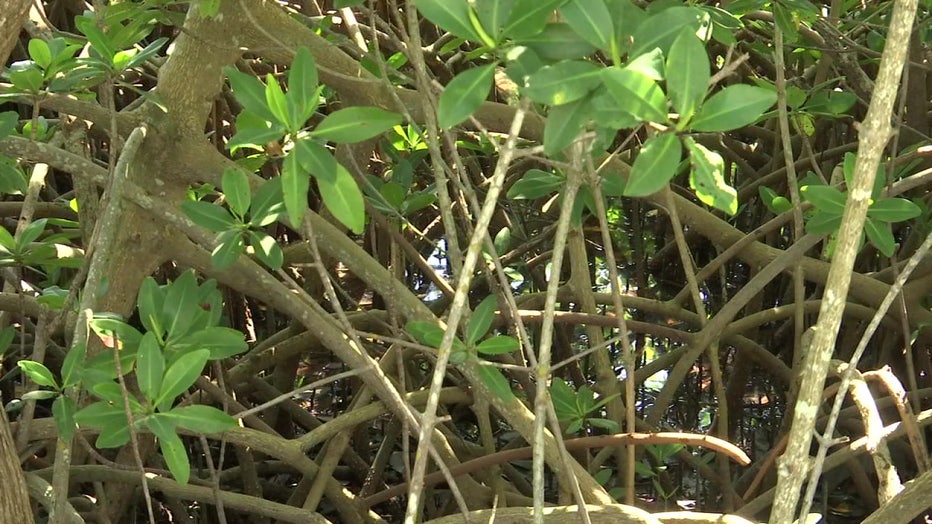 The Florida Department of Environmental Protection issued a warning letter to Medallion Home, noting violations under the Mangrove Trimming and Preservation Act, including:

"What the law shows is that mangroves are really sensitive to trimming and any aggressive trimming can not only stunt mangroves for long periods, or really the rest of their life, but it could also kill them," said Tyrna.

In a statement, the president of Medallion Home, Carlos Beruff told FOX 13: "We are working with the agency to bring the contractor we hired into compliance."

As more coastal land is developed, Suncoast WaterKeepers wants to make sure vital mangroves are protected.

"Even though they own the land, they have to follow the law," said Tyrna.

The Department of Environmental Protection said the impacted mangroves should not be further trimmed. They continue to follow up on the violations.