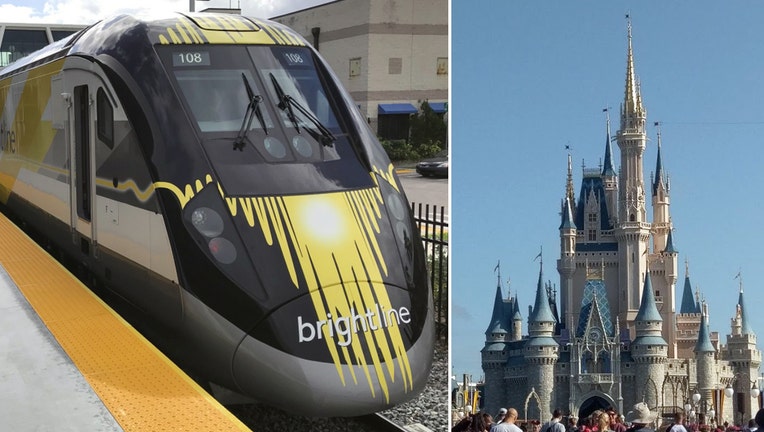 TAMPA, Fla. - Tampa's plan for high-speed rail just took another step forward. Virgin Trains and Disney are in talks to build a high-speed stop near the Disney World theme parks.

A Virgin executive described the negotiations as being in a ‘rather advanced state’ while Disney confirmed the discussions in a statement to FOX 13.

"As the top vacation destination and largest single-site employer in the United States, Walt Disney World Resort is an obvious choice for a rail station between Orlando International Airport and Tampa," the Disney statement said. "We have been in conversations with Virgin Trains USA, and, while we have not yet made any definitive commitment, we have mutually agreed to more formally explore developing a train station on our property.”

The plan is to build a stop at Disney, then extend the high-speed line to downtown Tampa.

Virgin's trains top out at 120 miles per hour. Company filings put the projected cost of a one-way ticket from Tampa to Orlando at $35.

“Tampa is a meaningful connection,” said Virgin Trains president Patrick Goddard. “Growth in the city of Tampa over the past decade has been incredibly impressive. We see a massive opportunity.”