The company says it is giving the archways a makeover and they will shimmer in a new color.

"These refreshed gateways will continue to set the tone for all the stories you’ll tell and the memories you’ll cherish long after your visit," according to Disney Parks Blog. "They’re also part of the broad tapestry of new experiences happening across Walt Disney World as part of the resort’s historic transformation that includes expansive themed lands like Star Wars: Galaxy’s Edge, new attractions like Mickey & Minnie’s Runaway Railway, and new places to stay like Disney’s Riviera Resort." 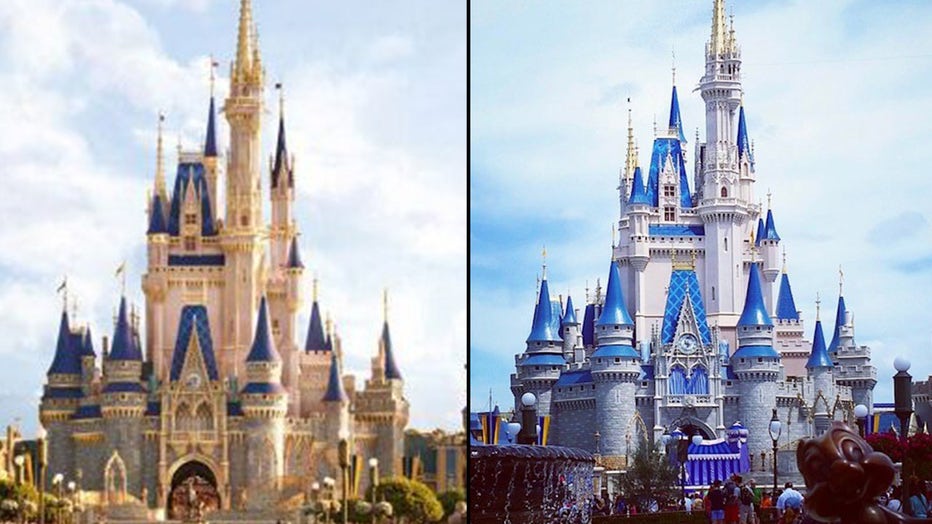 One parkgoer posted photos to the Annual Passholders group on Facebook as crews were hard at work painting the entrance sign at the Magic Kingdom Park Auto Plaza.

"This is happening right now. Painting it to match the castle."

Many viewers weighed in on social media. Some love the new look -- while others don't.

"I love the new colors! What an awesome upgrade!" wrote one commenter.

Another person commented, "I wish they only changed the sign and not the castle."

Walt Disney World’s iconic centerpiece went through a dramatic transformation while the parks were closed during the coronavirus pandemic.

“Walt Disney Imagineering helped select the new royal color scheme to give Cinderella Castle its glistening new look,” according to Disney Parks Blog. “Special elements, such as a sapphire dusting on the blue rooftops and gold trim, were added to make the iconic spires sparkle in the sun.”