A DNA test reunited a California woman with her child who she thought died 30 years ago at birth.

LOS BANOS, Calif. - A DNA test reunited a California woman with her child who she thought died 30 years ago at birth.

Kristin was Bejarano's second child, born when she was 17 years old. At the time, she had an abusive mother who told her that she either had to keep her first-born daughter Tiffany or second-born Kristin, according to Eric Gardere, 64, who is Bejarano’s husband. Gardere, who Bajarano met a few months after giving birth to Kristin, is not Kristin’s biological father. But Bejarano and Gardere went on to have three children together. 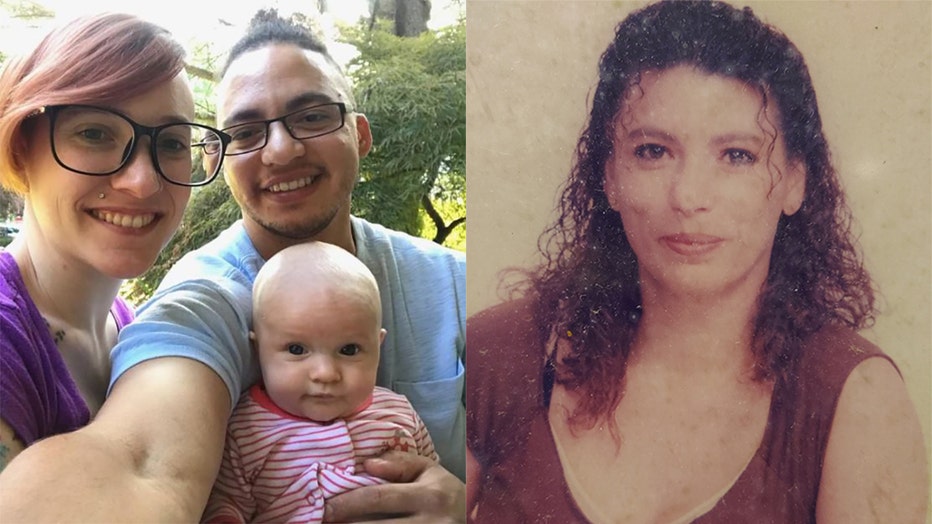 A DNA test reunited Tina Bejarano (R), a California woman with her child Kristin, who she thought died 30 years ago at birth. (Photo Courtesy: Eric Gardere)

When Kristin was born, Bejarano’s mother falsely told her that the baby was sick and died from a respiratory infection within 15 minutes of birth. Bejarano didn’t even get to see the baby, Gardere said.

Last year, Tiffany convinced Bejarano to have a DNA test done. Then, Bejarano received a text from Kristin.

"I think we need to talk, it says we're related, and it says you're my mom," Bejarano told Fox 26 Fresno.

If Bejarano had never done the DNA test, Kristin would not have had the information to contact his birth mother.

Kristin is now 29 years old, married and has a son. He lives in New Jersey.

Bejarano and Gardere, who previously thought Kristin was dead, would celebrate his birthday every year, according to Fox 26.

"It was a hard time every year," Gardere told the station. "She would go into major depression."

"I would get depressed. I would cry all the time," Bejarano added.

"Looking at him just makes me want to cry," Bejarano told Fox 26, after discovering her long-lost child is alive.

Bejarano and Kristin, who have never met, will meet for the first time on Nov. 24.